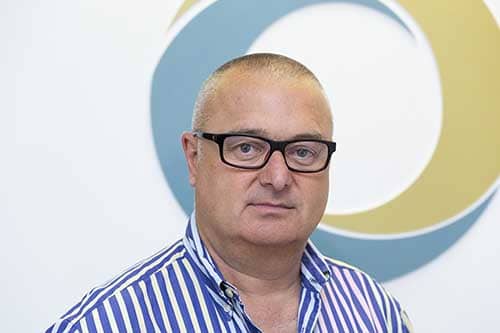 With the Tory cabinet reshuffle which saw Chancellor Sajid Javid quit, there is now a question mark over whether the March 11 Budget will go ahead.

But it’s been more than 16 months since the last Budget and UK businesses are keen to get some clear direction, writes Richard Pepler, founder and CEO at Optimum Finance.

If it does go ahead, this will be the first for the current government with its weighty majority so we are likely to see some significant reforms.

But how is the impending Budget likely to affect UK Plc? We won’t know for sure until Budget Day itself but here is what we know of the new government’s priorities:

With the Tory cabinet reshuffle which saw Chancellor Sajid Javid quit, there is now a question mark over whether the March 11 Budget will go ahead.

The vast majority of UK businesses were pro-remain and will want access to the EU market to remain as smooth as possible. We are likely to see attempts to reassure businesses that the EU exit will not result in the loss of trade or barriers and that it will create greater opportunities for UK businesses to reach out to the rest of the world.

To boost business confidence across the board after two years of turbulent uncertainty, the new Chancellor, Rishi Sunak will want to put in place some pro-enterprise policies to get the economy working at full throttle ahead of any Brexit deal.

There may also be some clarification on major transport construction projects such as HS2 and Heathrow Airport. Plans to improve Britain’s digital connectivity are likely to be promoted which will be helpful to business productivity.

The Tory manifesto included plans to bump up capital spending by about £20bn from current levels. Which projects will benefit from this boost is not yet known, but the government is expected to funnel a significant amount towards improving infrastructure across the North, living up to its pledge to address the regional imbalance.

Infrastructure improvements, both physical and digital, should be welcomed by businesses across the board but SMEs, in particular, will benefit from more efficient digital networks. Better digital connectivity frees SMEs of the geographical constraints of expensive city centre offices and enables greater flexibility in terms of staff working arrangements.

We are seeing more and more SMEs using remote working models with most staff based at home and only meeting in person when necessary.

The UK has a strong digital and tech sector, thanks to its leading educational establishments and research and development (R&D) output and this is where many of our most exciting fast growth start-ups are emerging from. For this sector to continue to flourish, companies will need a robust digital infrastructure to support it.

Current Treasury rules mean that government investment decisions are based on the generation of gross value added, a measure of economic output which many people argue benefits affluent areas such as London and the south-east.

The Treasury is expected to announce a shake-up of these rules to incorporate new targets for improving wellbeing and reducing regional productivity gaps.

This should open the way to greater spending in the Midlands and the North which are in dire need of investment in transport, education and more.

This should help tap into the huge talent pools in those areas which have  been underexploited since many of their traditional industries waned in the 1970s. If the UK is able to support enterprise and talent across all its regions, we could see a major boom for UK Plc with amazing new business opportunities emerging in previously overlooked and undervalued areas.

The Treasury has promised to prioritise the environment in the budget with the government committed to reaching net-zero carbon emissions by 2050. So far, few measures to help hit this target have been announced but the Tory manifesto did include plans to make homes more energy-efficient, with £9.2bn for spending on insulation and similar measures for schools and hospitals. Offshore wind is to reach 40GW of capacity by 2030 with other renewable sources also being pushed. An investment of £800m has been set aside for carbon capture and storage – a technology that stores CO2 emissions – and £500m to help energy-intensive industries reduce their carbon output.

These green initiatives present a vast array of business opportunities for start-ups and R&D enterprises working in this arena. The government already rewards companies for R&D work and Patents with tax breaks and it does not seem unlikely they may introduce further incentives for innovation work with a specifically green slant. This is a fast growing market that is only going to get bigger.

Educating the workforce of the future to ensure the UK remains at the forefront of technological advance is likely to be a priority. This is particularly vital as businesses seek clarification on how they will be supported to recruit the skilled workers they need once free movement from the EU comes to an end.

The Tory manifesto included a £3bn ‘skills fund’ to be spent over five years. The focus is expected to be on upskilling the workforce in former Labour heartlands as part of the Tory promise to “level-up” the country.

This should see the Chancellor announce more funding to revamp further education colleges, increase the availability of in-career retraining and further extend apprenticeships.

Savvy SMEs should capitalise on the opportunities to work with universities and colleges on relevant research projects and training courses.

There is hope that Sunak may announce a review and the eventual scrapping of the current apprenticeship levy which enable more businesses to support apprenticeships and thus recruit and train talented enthusiastic youngsters at minimal cost.

Every Chancellor of the past 20 years has promised to simplify the tax system then gone on to do exactly the opposite. A reversal of this trend seems unlikely.

Despite Johnson’s promises to cut tax before the election, the Treasury is constrained by the continued deficit between public spending and tax income. The Prime Minister has already said he will freeze a cut in corporation tax to save about £6bn for other priorities.

A review of business rates has been promised, starting with a reduction for retailers struggling to maintain locations on the high street. Clearly, this would be greatly welcomed by most of the business community who have struggled in recent years with soaring rates.

Support for enterprise and innovation such as an increase in R&D tax credits is possible to try to charge investment in innovative projects across the UK business sector.

It would not be a surprise if the Chancellor were also to extend the temporary hike in annual investment allowances, which rose from £200,000 to £1 million from January 1 2019 to December 31, 2020.

He will be keen to keep policies designed to encourage business investment, like this one, in place until the Brexit deal is signed and sealed and the UK economy is back on a healthy growth trajectory.

A Budget for growth

General predictions for this Budget are that the government is going to do away with austerity and increase public borrowing, taking advantage of the current low interest rates to invest for the future.

This new approach should be welcomed by the business community at all levels. The UK economy has been stagnating for the past 18 months with business investment dropping as companies have delayed spending amid ongoing uncertainty and dwindling confidence.

Investment in the right areas could be the financial energy shot needed to reignite investment and growth.