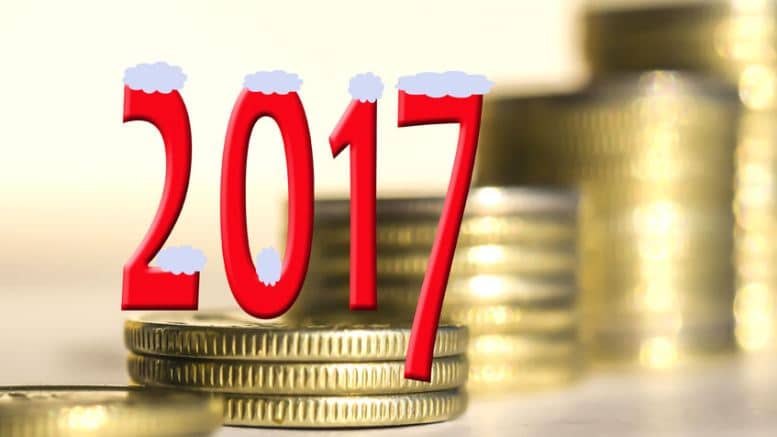 “Small businesses across the country will be breathing a sigh of relief following yesterday’s Budget announcement. Despite much fanfare over the lowering of the VAT threshold, the Chancellor stood firm with the nation’s small businesses.

“Following his U-turn over the self-employed national insurance hike last spring, it’s not wholly surprising. The government is sitting up and taking note of Britain’s self-employed and small business owners. As the Chancellor said, we need ‘a dynamic and innovative economy’ and we rely on the UK’s start-ups and entrepreneurs to drive this and prop up our economy in a time of continued turmoil.

“While the government has pledged not to lower the threshold for another two years, he will look at reforming it. The Chancellor talked about a fairer vision for Britain, let’s hope he keeps this in mind when looking at the VAT reforms.”

“The Chancellor’s announcement that the Research and Development Expenditure Credit (RDEC) rate will be increased to 12% is good news, and we hope that it incentivises businesses to invest more into vital R&D projects. However, it would be even more positive if this increase could be extended to benefit smaller businesses and SMEs as well.

“RDEC is aimed at larger businesses, and the government had already increased the generosity of this incentive with a reduction in corporation tax from 20% to 19% this year. It has now gone even further and given big business an extra bonus by increasing the RDEC rate too.  As of 1 January 2018 when the new rate is introduced, this is a 9% increase in generosity. Based on the average qualifying expenditure of a large company using RDEC, this represents a £68,370 increase (£752,060 to £820,430) in the claim value.”

“Tax can leave SMEs perplexed, and today’s announcement around the controversial Staircase Tax has not made things any clearer for small business owners. The Chancellor spoke of his hopes for an inclusive economy, and of being part of a country in which hard work is rewarded. For this hope to become a reality, more must be done to demystify tax – particularly for small business owners who file their own returns. We believe that this can only be achieved by embracing the technological revolution.”

“As with any Budget, the devil is in the detail. We’ll only understand the full implications for fleets and company car drivers once we’ve seen and digested the detailed information in the tax documents released by the Chancellor. The announcement of no BIK for electric vehicles (EVs) charged at work is an interesting move which we’re eager to see more detail on, although it’s worth remembering that company-owned vehicles are already exempt from this.

The £400m investment in EV charging infrastructure and continued support of plug-in grants is welcome, as is the cancellation of fuel duty rises for petrol and diesel due in April 2018. But I think it’s a missed opportunity in a pro-ULEV budget not to bring forward the BIK rates from 2020, as it means a driver taking a zero emission vehicle today will see an increase in BIK up to 16% in 2019, before dropping down to 2% in 2020. Pulling this forward would have been a real incentive for ULEV adoption in UK fleets.

It’s disappointing that the diesel supplement on company car tax is increasing by 1% from April and it seems that this will apply to the majority of diesel company cars registered since 1998. Large commercial fleets will no doubt breathe a sigh of relief that the measures announced on first year VED will not be applied to LCVs, as the Chancellor pointedly made out with his reference to ‘white van man and woman’.

Finally, it is reassuring to hear the commitment from the Chancellor that CO2 tax rates will continue to be based on existing NEDC test results until April 2020 and not the new WLTP testing process. Although 2021 would have been a better date to give fleets more time, this is in line with the BIK taxation changes. This removes one of the uncertainties next year for drivers and gives business some time to prepare.”

“It has overall been a good, but perhaps not ground-breaking, Budget for Britain’s SME businesses.  Those in the tech space and Britain’s thousands of small online retailers can certainly celebrate modestly the measures and signals… albeit not on strong cider.  While the self-employed and small business owners won’t be keeping any more of their income, threats such as the VAT reduction and changes to national insurance happily did not happen, which will be a huge relief for Britain’s 5.3 million microbusinesses and self-employed in particular.

“The announcement of doubling the EIS investment limit is good news and will provide a real shot in the arm.  The EIS has sadly been used as a vehicle for tax avoidance by some advisors, but as it has been around for quite some time I hope HMRC will have a good handle on how to craft the rules so they are not onerous for tech companies, while not opening a door for tax avoiders.  This, combined with the new tech start up funding, are again welcome measures that show the government is getting serious about encouraging tech businesses as they are already a huge national economic asset.”

“Productivity is one of the biggest business challenges facing the UK today and will be ultimately be one of the key barometers of success in the months following today’s announcement. A commitment to improved transport links, £2.3bn investment in R&D and emerging technologies are a move in the right direction, but businesses ultimately require tangible support to enable them to grow. The Government must therefore include all business sectors in their consultation around the Industrial Strategy White Paper to demonstrate that they are taking the productivity issue seriously across the board. Creating the right business conditions to encourage meaningful investment is an imperative and this requires clearer direction and assistance to help UK businesses finance their growth.”

Large companies could be forced to appoint ‘late payment’ director

How to protect your digital identity from cyber crime

Be the first to comment on "Budget 2017: Reaction from the world of finance"