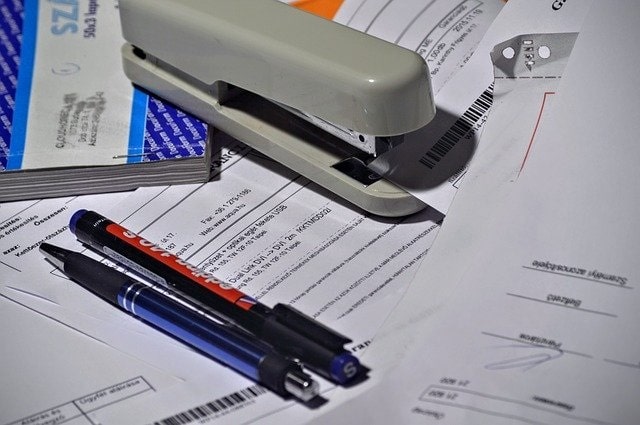 More UK finance decision makers have labelled their company as inefficient than two years ago while the number of teams who describe their business’ internal processes as “easy to use” have fallen in the same period.

The findings comes on the eve of a virtual round table in which Director of Finance Magazine and industry players will discuss the value of data in helping finance teams lead businesses to post-Covid recovery (see below).

For instance, nearly a third (32%) said that their company still received invoices in paper form to be dealt with manually.

These are some of the findings in a new independent report commissioned by automated accounts payable and document management software specialist Invu.

The report highlighted a number of ongoing and worsening problems within business finance functions, resulting in concerns about fraud and persistent late payments.

Are we really spending £3.5 million a day on staying safe?

Document management was another area rife with inefficiencies according to the 200 finance decision makers in Invu’s survey. More than a quarter (28%) said they found it difficult to create or track workflows and audits of work because they still relied on manual filing systems.

However, while the number of finance bosses reporting inefficiencies on the rise is worrying enough, perhaps more of a concern is that only 32 per cent said their company had plans to invest in new systems or processes.

Businesses have a legal requirement to store supplier invoices for at least seven years, so just the costs of storing all this documentation in filing cabinets, or the risks with storing them as paper when they can be easily lost or damaged are enough of a problem

Even of the 42 per cent who said they regularly receive invoices as email attachments, 72 per cent of those said their company’s policy was to print the invoice out to be dealt with manually.

Ian Smith, general manager and finance director at Invu, warned that the increasing discontent with business processes among senior finance leaders should serve to kick-start investment in more efficient processes.

“Businesses in the UK have a legal requirement to store supplier invoices for at least seven years, so just the costs of storing all this documentation in filing cabinets, or the risks with storing them as paper when they can be easily lost or damaged are enough of a problem.

“But then you’ve got the wasted staff time and wasted business money in trying to store and then track down paper documents, or trying to follow complex audit trails, which just add more cost, time and frustration to carrying out basic business tasks.”

Separate research by The Access Group revealed that nearly half (48%) of UK employees waste at least three hours a day working through inefficient processes at a cost of about £28,000 a year – the cost of a full time employee.

The lack of efficiencies about robust processes also caused 51 per cent of respondents to doubt the reliability of any information they gather internally from company systems.

Similarly, a global study carried out by OnePoll found that roughly a quarter of an employee’s day is being wasted on avoidable administrative tasks.

Smith added: “Any business operating at scale while relying on manual, complex processes is going to be at a significant disadvantage against the rest of the competition. Getting control and increasing visibility over workflows and work audits is essential to reduce time wasted and excessive costs.”

Following Uncle Sam and what it means for UK entrepreneurs