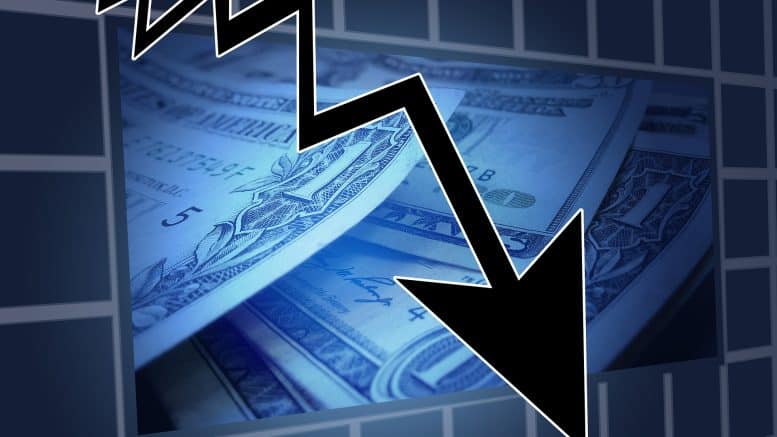 We are in a double bind right now. Prices are going through the roof but all the signs suggest that the economy is weakening. The answer to higher prices is normally to raise interest rates, but this also induces people and firms to spend less money. The challenge for central banks is to try and deal with both problems at the same time. The Conversation asked three economists whether they saw a way of bringing down inflation without causing a severe recession. Here’s what they said:

The Bank of England’s decision to raise interest rates by a relatively modest 0.25 percentage points to 1.25% contrasts with the US Federal Reserve’s 0.75 points hike the day before to a range of 1.5% to 1.75%. This reflects concerns in the UK that economic growth will be weaker than previously forecast.

It follows the unexpected news that the UK economy shrank by 0.3% in April, plus sobering forecasts from the Organisation for Economic Co-operation and Development (OECD) that the UK will be the worst performing major economy in 2023 apart from Russia. GDP is now only fractionally above its pre-COVID level and all major sectors are shrinking.

The Bank of England’s caution is despite inflation currently being at 9% and now expected to reach 11% in the coming months. These are levels not seen since the 1980s. Forecasts have the UK experiencing one of the highest inflation rates of the leading economies.

Inflation is a worldwide problem thanks to pressures on supply chains after COVID and higher energy and other commodity prices following Russia’s invasion of Ukraine. However, US economist Adam Posen has pointed to Brexit as a key factor in explaining Britain’s relatively high inflation. This has meant higher trading costs, weak sterling and labour shortages.

Unemployment has fallen to only 3.8%, although employment rates are still below pre-COVID levels, pointing to more people being inactive – particularly older workers. Staff shortages have become a key feature of the British economy.

You might expect this combination of low unemployment and unfilled vacancies to drive up wages. Instead regular pay, excluding bonuses, fell by 2.2% in real terms in June, the largest fall for over 20 years. So at least this does not yet appear to be a classic wage-price inflationary spiral, where firms give way to demands from workers for higher pay, pass on the costs to consumers in the form of higher prices, and workers demand even higher wages to cope. Having said that, bargaining rounds are yet to be completed and we are seeing more wage disputes in some sectors.

Until now, consumer demand has helped to stimulate economic activity in the UK, but this has partly been sustained by household savings. Some of this reflects households now spending more as COVID restrictions have been lifted but there are clear limits to how far households can dip into their savings as living standards are squeezed. Not surprisingly, consumer confidence is falling.

Longer term problems also remain. UK productivity has been very weak since the 2008 global financial crisis. There are many possible explanations, including weaknesses in capital investment and training – the latter reflected in current difficulties in filling vacancies.

In sum, the Bank of England is facing unprecedented challenges. Interest rate rises are a blunt tool to deal with supply-side problems in a British economy where growth is grinding to a halt. As long as inflation outstrips wages and the economy stagnates, it is likely to fall on the government rather than the Bank of England to provide people with support.

Stagflation is upon us, so a natural focus for any “where next?” discussion must be whether we are on course for an episode as bad as the 1970s or even worse. My answer would be that recession is likely, but the 1970s experience of high inflation persisting despite repeated recessions should be avoidable. That said, even a relatively milder dose of stagflation will be painful for living standards.

The mildest way out of the present situation would be inflation promptly curing itself: by making people poorer in real terms so they can’t afford to buy so much. In this scenario, inflation would ease and central banks could help with the downturn in the economy by reversing their present interest-rate hikes.

There are several obstacles to such a fast turnaround, however: the context of the post-COVID recovery and the labour market. The main inflationary impulse has come from two factors on the global supply side. First, supply chains have struggled to cope with demand collapsing and resurging during and after COVID, made worse by China’s zero-COVID policy. Second, energy and other natural resource supplies have been constrained by Russia’s war in Ukraine and the west’s sanctions.

The inflationary effects of these issues are being prolonged by pent-up demand from western firms and consumers due to COVID stimulus packages in the UK and especially the US, as well as unspent income accumulated during lockdowns. In the UK, for example, household deposit balances were still well above pre-COVID levels as recently as April. It doesn’t help that the financial markets have been driven to such heights by loose monetary policy. Although the bubbles have been popping recently, valuations will have to fall some way further before people feel poorer and less willing to go out and buy things.

Turning to the second obstacle to a rapid reversal of the inflation surge, namely the labour market, the main problem again comes from the supply side. Labour demand from firms has normalised post-COVID, but there are too few workers. This is partly to do with more people over 50 choosing not to go back to work, but the UK has the additional problem of Brexit interrupting the flow of good quality labour from central and eastern Europe.

With too few workers, companies are being forced to pay people more – UK wages are rising at about 4% a year – and to pass on the cost to customers in the prices of goods and services. Alert to the threat of a 1970s-style wage-price spiral, the Bank of England has been raising interest rates.

But leading indicators suggest that the wage-price spiral threat is not that serious. The closely watched Purchasing Managers’ Index, which gauges UK companies’ optimism about the economy, shows that those in services are becoming gloomier about the coming months. You don’t keep increasing prices if you think people are going to stop buying. And while we may have seen faint echoes of 1970s-style labour militancy in transport, for instance, pessimistic companies are generally more likely to cut hiring plans and output rather than give way to hefty wage demands – if not shut up shop altogether.

It seems to me that this will be more decisive in determining the course of inflation since it is a long-term structural issue, whereas the post-COVID issues should eventually straighten out. So overall, I expect that the UK economy’s present stagnation, quite likely dipping into mild recession, will bring inflation back down towards the 2% target. In the US, where underlying demand and credit is stronger, sharper interest hikes may be needed to achieve the same goal.

The main danger in my view is central banks becoming too dogmatic about their 2% inflation targets. In my book Remembering Inflation, I reviewed convincing research findings that inflation levels up to 5% cause little or no long-term damage to growth – especially if the inflation rate is steady rather than volatile. So once inflation eases a little, central banks should stop hiking interest rates to avoid doing more harm than good.

The UK labour market is going to be key to how the UK economy performs in the coming months, and its prospects are finely balanced. On one hand, it proved resilient during the pandemic. The furlough schemes were a success, protecting the labour market from the worst effects of the crisis. The fall in employment was around three times lower than in the 1970s, even though the economic contraction was much greater.

Employment also recovered more quickly than in previous recessions. Vacancies are over 50% higher than before the pandemic. Average wages excluding bonuses are rising by about 4% a year, with even higher growth for drivers and workers in construction, software development and warehousing. On the other hand, employment is still lower than before the pandemic by close to 250,000 workers. Real wages are still no higher than in 2008. And the macroeconomic context is gloomy: it is hard to see how the labour market will thrive if growth is weak or non-existent.

Several factors make the next few months hard to assess. First, unemployment is no longer a useful labour market indicator. Workers are nowadays categorised as employed, unemployed or inactive. Unemployed workers are actively seeking work but the inactive are not. Of the circa 250,000 drop in employed workers since 2019, 80% are inactive; only 20% are now unemployed.

Second, perhaps surprisingly, Brexit has not reduced migration, but it has changed it. There are fewer EU citizens employed in the UK, but more workers from Nigeria, India and similar countries. They tend to be more highly skilled and to work in health and social care, rather than in hospitality. More skilled workers should be good for productivity and fill vital roles in health and social care, but hospitality is struggling at the same time. However, it is not yet clear if these changes are permanent, and this too makes the labour market more difficult to forecast.

In addition, the behaviour of vacancies and their relationship to hiring seems to have changed. The most recent data shows 1.3 million vacancies, around 40% higher than pre-pandemic. But this has not resulted in record numbers of workers being hired. Whatever the cause, we can no longer rely on high vacancy posting to generate rising employment.

So what is the outlook for UK employment? Above all, firms are likely to be looking for fewer workers as chronic weak investment and slowing consumer expenditure points to stagnant or falling GDP.

These negative forces will be offset by the large number of vacancies currently being offered by firms and by relatively large wage rises in some parts of the private sector. This may induce some of those workers back into the labour market who have withdrawn following the pandemic.

On balance, I would expect a fall in employment of up to 100,000 workers in the coming few months. That’s less than 0.1%, so it’s not going to greatly exacerbate all the other problems in the economy.

Women and finance: bridging the gap