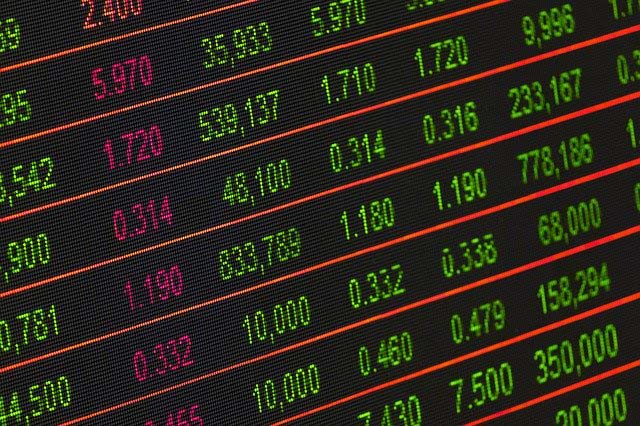 The FTSE 100 fell below 7,100 points for the first time since last October as fears intensified over a coronavirus pandemic.

It came a day after global markets plunged.After starting the day with a marginal rise, the FTSE 100 finished nearly two per cent lower at 7,017 points.

Asian shares also fell on Wednesday as the US government warned Americans to prepare for the possibility of a pandemic, jolting Wall Street and pushing yields on safe-haven Treasuries to record lows.

The S&P 500 and the Dow Jones Industrial Average both shed more than three per cent on Tuesday in their fourth straight session of losses.

Among the biggest fallers here was the engineering consultancy Ricardo, down nearly nine per cent, following fears that the virus would have a material effect on its annual profit.

In the travel sector, Carnival slipped a further 5.92 per cent after plunging nearly seven per cent the previous day. Shares were down more than 10 per cent this month.

Italy is still hunting for the so-called patient zero who may be responsible for a huge rise in coronavirus cases over the weekend. Italy counted three cases on Friday but after further cases, including one outside the quarantined region, the number has risen to above 280.

Håkan Frisén, Head of Economic Forecasting and Johan Hagbarth, Investment Strategist at SEB, the Nordic corporate bank, this week published an Q&A on the stock market’s reaction to the continuing spread.

Will the economic impact be so large that it has macroeconomic consequences?

“Yes, it’s most likely unavoidable. In contrast to most other types of risks and crises that have popped up in recent years, the coronavirus is having direct economic consequences in various ways. This applies above all for China, where significant elements of economic activity have been shut down and where very large groups of people are being kept from going to work. It is clear that GDP growth will be tangibly impaired during Q1 2020, and thereafter, much of the recovery will be shaped like a V, U or L. A V-shape entails a fast recovery, i.e. the same as in previous virus outbreaks. In a U-shaped scenario, uncertainty would remain for a longer period, but the recovery would be supported by a normalisation of the situation, and more expansive finance policies. The least likely L-shape scenario would entail a very prolonged loss of production.”

How great will the impacts be?

“It’s still too early to say. The International Monetary Fund (IMF) has just issued its preliminary forecast in which China’s GDP growth has been adjusted downward by 0.4 percentage points for the full year 2020, and is expected to be 5.6%. The IMF estimates that global growth will be dampened by 0.1%.

“Most likely we will see a slightly greater impact than this with a U-shaped scenario. Disruptions in global production chains and a drop in travel are factors that will bear direct impact on supply and demand, resulting in ripple effects across the entire global economy.”

How are the stock markets and corporate earnings being impacted?

“The virus will impact global growth in 2020, even if it’s unclear how much and how fast the recovery will be. There will be greater uncertainty about corporate profits, which is never good news for sentiment in the stock market. Most analysts expect many companies will need to adjust their Q1 2020 earnings forecasts downward, and certain companies have already flagged this will be the case.

“China is today the largest market in the world for a large number of commodities and products. At the same time, the country is often referred to as the world’s factory – when large parts of the Chinese economy come to a standstill, this has a hard impact on production and consumption.”

“Until recent days, the stock markets have generally been rising, despite the worries. This is partly because most expected the virus’ impact would be relatively short-term and growth and earnings would return to the previously quite positive trend soon, so the impact would be limited to Q1 2020. Both macro statistics and company earnings reports for Q4 2019 also painted a bright picture of the stock market. However, these were based on data prior to the virus’ outbreak.”

What will be the long-term impacts on the stock market?

“Naturally this depends on how long it takes before the economic recovery gets started. Given our main scenario that the recovery will be V-shaped or U-shaped and we revert to the previous growth trend, we expect the stock markets will eventually regain lost ground. The ultra-low interest rates are resulting in a clear shortage of alternatives to equities. It may seem cynical, but in such a scenario downturns caused by worries can represent buying opportunities.”