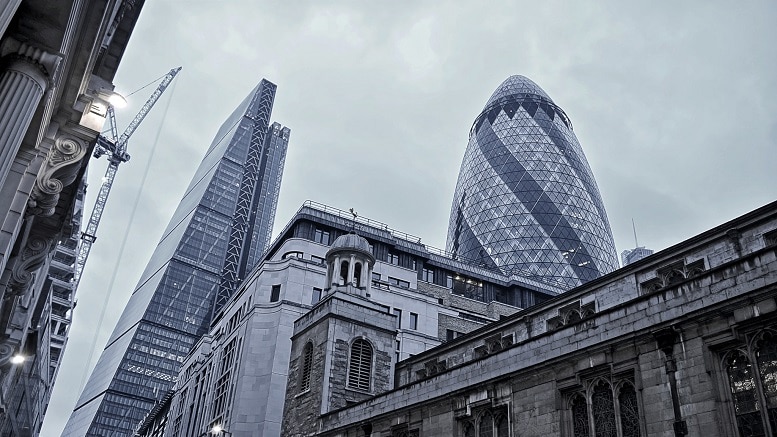 Following the 2008 crisis it’s a common complaint that regulation has increased costs without necessarily reducing the risk of another crash. There’s certainly evidence to support this view, but there are some signs that regulation is beginning to achieve the desired effect, albeit for reasons that the Regulators didn’t foresee

It’s undeniable that the wave of regulation in the last decade has added significantly to the costs of compliance. Spending on compliance worldwide by banks reached $100 billion last year, according to research published earlier this year[1].

The centrepiece of the regulatory drive following the crisis was the proposed separation of investment banking and retail banking activities, proposed by the Dodd-Frank Act of 2010 in the US (postponed until 2017 by the Volker Rule) and the 2011 Vickers Report in the UK, which both recommended the complete separation of investment and retail banking by 2019. The timetable for the legal separation of the two types of banking looks likely to be extended, but we probably should not have great expectations from this move. Analysis by economists such as Ben Bernanke argues strongly that the worst effects of the financial crisis would not have been mitigated by the enforcement of such a separation.

In fact, the move could actually undermine stability. In the US, massive fines (in the billions of dollars) imposed by the government and regulators on many banks means that there is a logic to retaining large entities, simply to ensure fines don’t de-stabilise these organisations.  In addition, in the US and elsewhere in Europe, such as in Spain, many retail banks and building societies are already small, creating the risk that they have inadequate capital to weather another storm. In this situation it can be argued that what’s needed is consolidation, not break-ups.

Criticisms can also be made of more recent regulatory interventions focussed on addressing organisational structures and accountability. On the one hand, the drive behind regulation such as the Senior Management Regime (SMR) is entirely sensible, as it aims to ensure clear accountabilities by linking responsibility for the principal capital and liquidity management metrics with specific job roles. The reality is that this already happens in a wide range of other industries.

In the past, attempts to ensure accountability have been complicated by matrix management and by variations in the definition of specific classes of assets and liabilities within companies and between countries. The fact that accounting best practice required directors only to assemble a view of the assets and liabilities at a point in time, rather than continually in real time, also meant that metrics were often indicative, rather than definitive.

The SMR does address these issues. In particular, it establishes best practice when measuring capital adequacy ratios and liquidity using a balanced scorecard approach to assess risk and potential exposures. That has improved the predictability and reliability of internal records. At the same time, is has also promoted individual accountability, not least by putting accountable persons’ bonuses at risk; if controls prove ineffective, not only are they ineligible for a bonus payment in the current financial year, but bonuses can be repayable for previous years – without limit.

But these changes are not without unintended consequences. There is already some evidence that senior managers are retiring, changing companies or asking to assume less responsible roles to remove them from the scope of the SMR process.

And, again, there’s a suspicion that the principal impact has been to increase costs, without creating  improvements in financial stability. According to A. Martin’s article “Your company’s best ally – a culture of integrity”, the evidence suggests that investing heavily in compliance and conduct to stop people behaving badly hasn’t had much impact. At the same, management teams at banks worry that tighter controls have inhibited flexibility – which in turn has had an impact on revenue generation and profitability. To date, one thing is clear, namely that investment in compliance procedures has successfully increased costs without generating related performance improvements.

As banks begin to recognise that the effort and expense of training, monitoring and managing controls are not delivering adequate returns attention is beginning to focus on creating a corporate culture which supports compliance.

To develop that culture, though, banks must first understand where they’re starting from. Cultural analytics, which defines and measures corporate culture using rigorous, scientifically proven methods, is providing robust data to help banks adopt a pro-active approach to manage corporate culture. Combined with performance and HR data, this can provide insights into not only how and where people-related risks are most likely to occur but also why. Providing accurate analysis of the past, creates the basis for predictive analytics to model the future.

One of the early findings from this work is that an empowered and inclusive workplace culture is fast becoming the most important tool financial services firms have in encouraging compliance and an accountable attitude towards risk. Creating an environment in which teams and individuals assess for themselves what’s acceptable and consciously decide that they need to cultivate long term relationships with customers and stakeholders not only reduces the need for costly compliance – but it also improves performance and profitability.

In time, regulation may catch up and require banks to measure corporate culture as the most effective option to deliver compliance. In the meantime, it may ultimately be the desire of the banks to reduce the cost burden of delivering compliance, rather than the direct impact of the rules themselves, that leads banks to improve their procedures. If this does happen, the Regulator will find that the most far-sighted banks are already applying robust predictive cultural analysis tools to create insights which support more effective and efficient compliance which  improve the risks and rewards of their business.