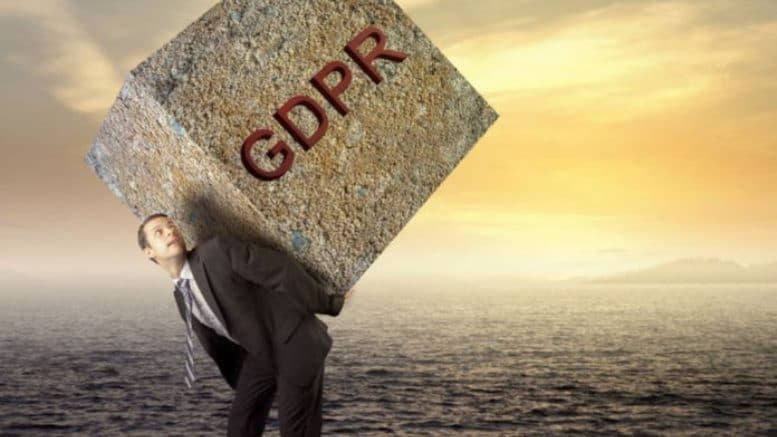 From the removal of tribunal fees to widespread claims regarding sexual harassment, 2017 has been a busy year in employment law. Although employers might hope for a quieter 2018, it’s looking likely that there will be a number of issues that are prevalent throughout the year, amid the on-going uncertainty of Brexit.

The European General Data Protection Regulations, or ‘GDPR’, are set to come in to force across Europe on May 25 next year. These regulations seek to enhance the rights of individuals and make changes to existing data practices, including removing the ability to charge a fee to provide access to information unless the request is manifestly unfounded or excessive.

Employers should use the first half of 2018 to review their current practices and documentation to assess how they process data and review whether this is in line with GDPR. The potential consequences of non-compliance are costly, with maximum fines of 20 million or 4% of annual turnover. Experts have said that Uber would have been fined £17.75m for their recent data breach under GDPR.

2017 saw numerous claims from individuals questioning their status and their employment rights, with the most prolific cases within the ‘gig economy’. Status is going to continue as a big issue in 2018. Pimlico Plumbers are taking their appeal against the decision that a plumber was a worker to the Supreme Court in February. Uber has also applied to leapfrog the Court of Appeal and have their appeal heard in the Supreme Court.

There are numerous other cases that will be heard at a lower level, from Deliveroo riders to Olympic athletes. The government is expected to respond to the Matthew Taylor Report on modern working practices before the end of 2017, and many employers may be waiting to see if the recommendations on clarifying status will be actioned in 2018.

The most significant decision in 2017 was the Supreme Court deciding the tribunal fee regime was unlawful. Since July 26, 2017, claimants no longer have to pay a fee to bring a tribunal claim. The impact of this decision is that claims are likely to increase, and potentially keep increasing in 2018. There is no longer a financial deterrent on individuals who wish to challenge their employers in the tribunal. Whilst this improves access to justice for those with a true complaint, there may also be an increase in spurious claims or claims to pressure employers into financial settlements.

Claims fell around 79% once fees were introduced. Employers will be keeping a close eye on the statistics to see if claims increase back to this level or if they go even higher.

Employers caught by the gender pay gap reporting requirements have to publish their report by the 4th April 2018, or the 30th March 2018 if they’re a public sector employer. The report needs to be uploaded to the company’s own website and a government website, allowing full public access to the data.

It’s currently thought that many employers have already calculated their gender pay gap but are sitting on the data to avoid the negative publicity that follows, which we saw when the BBC released their gender pay report. This is likely to result in an influx of reports being released close to the deadline date.

The government has recognised the uncertainty around this area, and the financial impact of getting this wrong, and has introduced the Social Care Compliance Scheme. Employers can voluntarily sign up to the scheme to review their sleep-in payments and make good any underpayments without facing further enforcement action.

The scheme will remain open until the end of 2018 and HMRC are likely to continue their targeted enforcement in this sector throughout the year.

Is the ‘World Cup effect’ real?