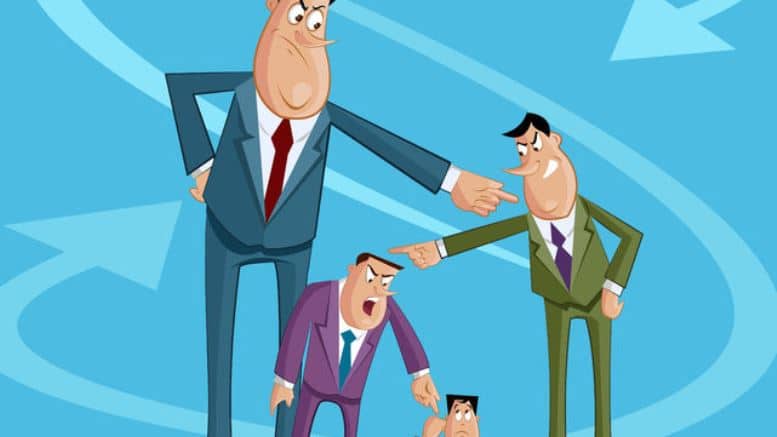 Whether we like it or not, so-called ‘blame culture’ is a fundamental part of the commercial world. This tends to come to the fore during times of economic difficulty and austerity, with the latest bout of volatility providing a relevant case in point. London-based real estate firm Foxtons and the famous Deutsche Bank are the latest firms to blame poor performance on economic and geopolitical uncertainty, despite that rival firms have managed to cope and even thrive during difficult times.

In this post, we will look at why these excuses should fall on deaf ears, even as the global economy continues to fluctuate and experience wild peaks and troughs.

A Question of Outlook: What Are Foxtons and Deutsche Saying?

Foxtons have endured a particularly difficult year, during which profits have plunged by 4% to £3.8 million across the first two quarters of 2017. Revenues were also down sharply, recording a 15% decline to £58.5 million in the six months to June. The brand has been quick to cite the volatile nature of Brexit negotiations and London’s vulnerability as a global city, claiming that the capital remains increasingly susceptible to macroeconomic shifts.

While there is no doubt that Brexit has impacted on the capital (and that London’s reliance on overseas investment makes the city vulnerable to global geopolitical issues), it is not the only or most pressing concern facing Foxtons. Part of the decline can be explained by a significant surge in transactions during the first part of 2016, as buy-to-let investors rushed to complete purchases and avoid the incoming stamp duty surcharge. This has diminished sales levels during the subsequent quarters, and this is something that all real estate brands should have prepared for.

There is also a clear discrepancy between the respective declines in profit and turnover, with the company’s bottom line falling by 49% more than actual revenues. This suggests further issues relating to increased operational costs, which are usually the result of internal strategy rather than geopolitical uncertainty.

In contrast, Germany’s biggest lender Deutsche Bank has enjoyed mixed fortunes this year. It beat forecasts to achieve a quarterly net profit of £416 million, while revenues declined by 10% during the same period. This was largely the result of innovative cost-cutting, although the bank did confirm that it expected revenues to remain considerably lower in 2017 as a result of sustained market volatility and a reported decline in trading activity.

Understanding the Nature of the Economy, and Why the Blame Has Been Misplaced

While there may be more relevance to the claims of Deutsche Bank given their reliance on investment activity, this is a global brand that should be prepared for the impact of sudden, economic shifts. Citing volatility as a defined reason for declining revenues is overly simplistic and illogical given the nature of the business, while the actions of Foxtons and Deutsche also ignore the principle that successful ventures must always adapt to their environment and establish agile business models (particularly in circumstances that relate directly to the services that they provide).

In this respect, these brands should take a leaf out of the forex trading manual. After all, investors that deal in derivatives such as currency are often required to seek out ways of profiting in a depreciating market, and therefore motivated to capitalise on periods of volatility rather than using them to justify losses.

While the business market may be different, there is no reason why the philosophy cannot remain the same. After all, it is important that businesses understand the market that they operate in and develop strategies that enable them to thrive in challenging circumstances, not matter how the macroeconomic climate impacts on their industry.