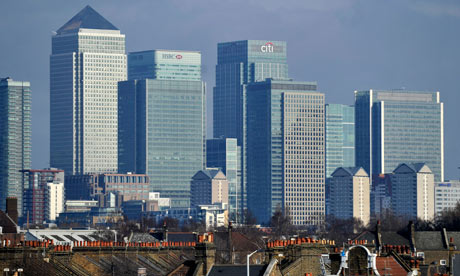 As one of the world’s leading centres of finance, London has always been a centre for investment. However, the surprising result of the Brexit referendum in June last year  has cast doubt on that status, as uncertainty over the United Kingdom’s political future has dominated business headlines.

If you trade on the FTSE100, trying to make sense of what lies ahead in 2017 is difficult, to say the least. Here, we will discuss how Brexit and other economic factors will drive this stock index in the coming year.

Continued weakness in Sterling may send the FTSE to record highs

One of the most dramatic effects of the Brexit vote has been the precipitous drop in Sterling in the months that followed. With the GBP/USD currency pairing closing at 1.24 on December 21, the pound sterling has dropped almost 17% from its 12-month high of 1.49, a mark that was reached earlier last year.

This turn of events has been a considerable blow to the national ego of the United Kingdom, and it has made international travel considerably more expensive for ordinary Britons.

However, the fact that this currency has recently touched 168-year lows has given British corporations an affordability advantage that they have not enjoyed in generations.

Furthermore, many of these companies have increasing interests in overseas markets. These outposts often earn their revenue in the local currency, most of which have outperformed Sterling in 2016.

Should Brexit uncertainty continue to drag on through 2017, offshore divisions that earn their revenue in foreign currencies should continue to see their results improve significantly, thereby giving a boost to the FTSE 100.

Although Brexit has dominated business news in the United Kingdom for most of 2016, a recent decision by OPEC and its allies to significantly curtail production should give the FTSE 100 a significant bump in the first half of this coming year.

BP and Royal Dutch Shell make up 15% of the capitalization of the FTSE. If oil prices rally well above $60 per barrel on expected production cuts of 1.8 million barrels per day, the resulting increase in their stock prices should give the FTSE some much needed support in a year where political turmoil is expected to play a big role in its fortunes.

Although this expected oil bull market will come as a welcome shot of adrenaline to a stock index that has been floundering with the ongoing Brexit drama, this rally may be slowed or stopped altogether in the second half of 2017.

As prices move higher and remain high, oil production in the United States and Canada will increase as their oil shale and oil sand plays once again become profitable.

This will increase supply, which will cap further price increases, with possible reductions occurring later in 2017 and into 2018.

Because of this, the boost that energy will provide the FTSE 100 will be noticeable early on in 2017, but has the potential to fade away as the year wears on.

Let’s not kid ourselves, though: the number one influence on the FTSE in 2017 will be how the British government handles the invocation of Article 50.

If there is one truism about the stock market, it is that uncertainty of any kind is bad for business. At this time, it appears that the British government is seeking the right to trigger Brexit negotiations without having to consult Parliament on their plans beforehand.

Although there are advantages to holding back details until negotiations have officially begun, some analysts favour these plans being laid out before Parliament before Article 50 is triggered, as this will provide a measure of cost certainty for businesses listed on the FTSE 100.

Should the government decide to go with the former plan, the longer that it takes to enter into negotiations with the European Union, the greater the risks that volatility will pose for investors.

Be the first to comment on "How will the FTSE100 deal with continued Brexit uncertainty in 2017?"