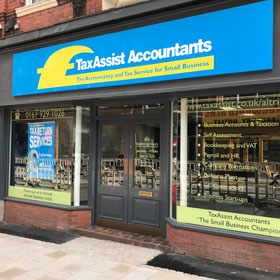 The Chancellor has just days to act to support struggling small businesses and prevent many of the UKs three million self-employed workers losing their livelihoods.

This is the stark warning from TaxAssist Accountants following publication of research that shows more than nine out of ten have significant concerns over lost income and almost two in three expect to lose between three quarters or all of their income within the next three months.

Among the self-employed specifically, almost two thirds expect to lose at least 76% of their income by mid-July, with the likely result that the majority will face significant hardship.

Only a handful of businesses believe they will emerge from the crisis unscathed. More than eight out of ten say they expect to have cashflow problems, a third of those immediately and the remainder within three to six months.

The UK-wide survey of 3,000 small businesses and self-employed professionals found only a quarter think the government has done enough to support the UK economy and a mere 13 per cent felt there was enough support for the small business sector specifically.

The research also looked at access to funding and found that almost nine out of ten have concerns over eligibility of funding, three quarters need more guidance on what support their business is eligible for, and more than half can’t access government support because of the way they (as owners and directors) are paid.

Daren Moore FCCA, Group Commercial Director of TaxAssist Accountants, says that the current Government measures fail to support all those in need.

“The support offered does not reflect the reality of how small company owners are paid,” he says.  “The problem is that support is calculated on PAYE, but the vast majority of owners of small companies take money out through dividends, not salary, so furloughing will not replace their lost income.

“The self-employed are also precluded from support if they show a trading profit of £50,000 or more on the assumption that this will be enough to carry them through. It isn’t and it won’t. Whereas a cap is sensible, it should not be a cliff edge, and the level of support should be proportionate.”

The delays in funding are a real concern for those self-employed professionals who are eligible for support but have lost their income overnight and have to wait until June for their grants. This funding needs to be released sooner in order for them to have a chance of survival.

The views from small business owners and the self-employed are in contrast to salaried employees and big businesses who are benefiting from protection and supported government schemes.

But TaxAssist Accountants point to another anomaly regarding those who have started a business within the past 12 months: “Without filed accounts and a proven trading record, HMRC have nothing to measure against and so help for anyone who started a business after 5 April 2019 is being denied.”

The Chancellor has said that ‘no one will be left behind’. But Daren says that if this is to be true then the Chancellor needs to seriously and quickly review his approach.

“Many are already being left behind with no meaningful form of financial support, and they are telling us that they are not going to make it through the next six months.

“We are pleading with the Chancellor to take action now and save these businesses while he still can.”

The 3,000 who responded to the survey were either self-employed, directors of a limited company or a business owner.