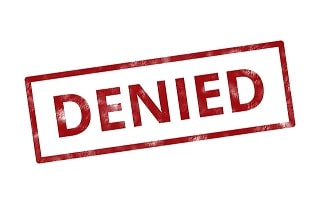 A leading disputes lawyer believes a “growing insurance war” could last longer than the Covid-19 crisis which has sparked it.

Several small businesses across the UK have voiced their anger around being denied insurance pay-outs despite believing they were specifically covered against the global pandemic.

Lawyer Susan Hopcraft, who spent 12 years as an insurance disputes lawyer in a City firm, believes group actions against insurers are inevitable given the terms of some cover and the blanket denial by the insurance industry.

Hopcraft, a partner at Midlands firm Wright Hassall, said: “Companies of all sizes are under massive strain due to the drop off in trade caused by the Coronavirus lockdown. They have had to look after staff, organise working from home if possible, and access Government support.

“So, to now find that they have been dismissed out of hand by their insurance companies when they believe they are specifically covered for this sort of situation is a huge blow.

“For many it will mean the difference between survival or financial ruin and there are a lot of angry business people out there.

“We are representing clients in these circumstances and there is a very strong groundswell of anger fuelled not only what I believe in many cases is a justifiable sense of injustice, but also by the pressure people are under. I think this will only gain momentum.

“The Financial Conduct Authority has publicly said most claimants on business interruption policies were not covered for a pandemic, but all policies are different and, from the work I am undertaking, I think some provide that cover in these circumstances.

“If this goes to the Financial Ombudsman Service, this could easily take longer than a year to resolve and, sadly, that will be too late for many of these businesses.  Court action could resolve the issue quicker, or even arbitration where the policy allows, and we have funding for those routes.”

Wright Hassall is currently acting for Aquaskills, a swim-teaching company based in Croydon which was forced to shut down last month when the two pools it uses were closed on Government orders.

Co-owner Martin Broder, who employs 12 staff at the family-run firm with his sister Sarah, paid extra for a business interruption add-on to his normal policy but has been denied a pay-out.

“We believe we are covered through two clauses – denial of access or closure on the order of a public authority – but we have been told we will not receive any payment,” he said.

“To be honest, I feel cheated. This is exactly what I took out the policy for because I realised we would be vulnerable if the centres we use were forced to close. When it became obvious that the Covid-19 crisis was going to spread, we reviewed the policy with Wright Hassall and we believed we were covered.

“Now we are being told that unless there was an actual positive case of the virus at the centres we use, we will not be compensated. We all know that there was not widespread testing at the time and the centres were closed on the orders of the Government – there is no higher public authority.

“The outlook is very bleak. Our future depends on how much support the Government can continue to provide but as a business we are in dire straits, and I feel really let down. I believe I took the sensible steps to insure against this eventuality but when it comes to the crunch, we have been hung out to dry.”

Wright Hassall is a top-ranked firm of solicitors based in Leamington Spa, Warwickshire