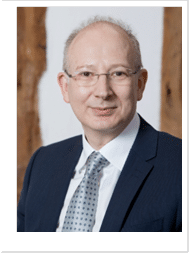 The world of employment is changing for everyone. Whether you’re actively engaged in the gig economy or not, this new culture of flexible working will have an impact on you and the amount of tax you pay.

The gig economy is defined as “a labour market characterised by the prevalence of short-term contracts or freelance work, as opposed to permanent jobs”. It can be recognised in the likes of rideshare apps such as Uber and food delivery services such as Deliveroo. As of 2019, there are approximately 4.7 million in the UK workforce — a number that has more than doubled over the past three years.

Are we benefiting from the gig economy?

There are clear advantages and disadvantages. On one hand, we have increased employee control and flexibility, on the other, there is huge potential for worker exploitation. Frequently, people engage in this type of work due to its potential for flexibility.

A job with Uber or Deliveroo for example, allows you to balance your work with the rest of a hectic life. There is no obligation to work certain hours, meaning you are only tied down by your own financial needs and social calendar.

For anyone who would rather work irregular hours to mould their job around the demands of family life or a different project, the gig economy offers a wealth of opportunities. However, this is assuming that these workers are taking on gigs due to choice rather than necessity.

As argued by Frances O’Grady, general secretary of the TUC, “huge numbers are being forced to take on casual and insecure platform work – often on top of other jobs” and workers are often “treated like disposable labour”. This perspective shines an uglier light on the nature of the gig economy and puts us in mind of exploitation.

Unlike those employed on zero-hour contracts, members of the gig economy are classed as ‘independent contractors’ and therefore do not have the same workers’ rights as those employed under a formal contract. Among other things, gig economy workers have no right to receive the national minimum wage, they are not entitled to sick pay or holiday pay, and they have no protection against unfair dismissal.

Combined, these factors make these workers very easy to take advantage of, and some large companies have even been taken to court on the matter. In 2016, for example, Uber drivers won the case to be classed as workers rather than independent contractors in a landmark case.

How does it affect tax?

Another factor that is a cause for concern in terms of tax revenue is the fact that more and more people are working remotely. This shift will inevitably result in businesses relocating to smaller premises or going completely digital.  Considering that business tax rates currently add around £30bn to the Treasury each year, a substantial chunk could be lost if businesses leave their current premises.

What is the solution?

There have been multiple suggestions. The Office for Tax Simplifications, for example, has proposed that “suggested gig economy firms should deduct tax from the earnings of self-employed workers in a system similar to PAYE”.

Another popular solution is HMRC’s ‘Making Tax Digital’ programme. This consists of providing gig economy workers with a digital tax account, either online or on an app, which will help ease the burden on individuals and help eliminate mistakes in the tax return process.

There has also been talk of creating a new category of taxpayers: dependent contractors. This group would, in theory, pay a higher National Insurance rate in return for more set-in-stone employment rights. A boost in NIC from this demographic could help to alleviate the strain created by the dip in business contributions.

With everything else going on in the life of an independent contractor, the complex tax returns system often falls to the bottom of their to-do list. Because of this, using a digital tax platform or seeking the advice of a personal accountant could be paramount to maintaining good tax return practices.

Andrew Millet founded Wisteria in 2002 after operating as a CEO and CFO of numerous companies in biotech, recruitment, media, technology and marketing.