Overseas demand for British luxury goods, homeware and sports and leisure products helped an index of UK manufacturing exports recover from a seven-year low in the final quarter of 2019.

While UK manufacturing exports fell for the third quarter in a row in Q4 of 2019, according to the Lloyds Bank International Trade Index, growth in consumer goods exports slowed the rate of decline.

The Index, compiled in partnership with IHS Markit, posted a reading of 47.9 for new manufacturing export orders in Q4, up from 46.5 in in the third quarter, the weakest for seven years. A reading of above 50 indicates growth, while one below 50 signifies a decrease. 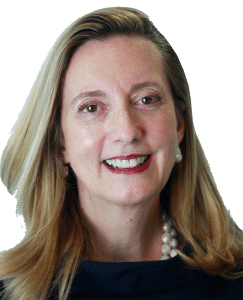 A reading of 51.0 was measured for consumer goods in Q4, up from 48.2 in Q3. The growth was driven by “other manufacturing” exports, which includes sports and leisure equipment, homeware and hard luxury items, such as jewellery.

This was the only manufacturing export category measured by the Index where new orders grew throughout 2019.

Meanwhile, UK services exports contracted at the fastest rate in five years in Q4 2019, with an Index reading of 46.5. Service businesses surveyed by Lloyds Bank attributed the fall to delayed decisions from overseas clients ahead of the UK’s departure from the EU.

Financial services, together with transport and communications services, bucked the trend, with exports increasing between October and December.

Transport businesses benefitted from a bout of inventory stockpiling by UK firms in Q3, but slowing economic growth and lower demand in European export markets contributed to the fall in overall UK trade volumes in the final quarter of 2019.

The economies of Germany and the Netherlands – two of the top five destinations for UK exports – contracted for the first time in six-and-a-half years according to IHS Markit surveys in Q4. Weaker economic conditions were also recorded in Italy, Austria, Poland and the Czech Republic.

“The pull of Brand Britain and favourable sterling exchange rates helped exports of premium British products grow consistently last year, while new orders for other UK goods and services fluctuated in the face of political and economic uncertainty.

“The landscape for exporters is constantly changing, even as the UK enters 2020 on a firmer political footing. We will be by the side of businesses as they navigate changing global environments and work to take advantage of new opportunities.”