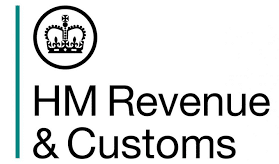 Fraudsters are carrying out sophisticated phone scams threatening victims with immediate arrest if they don’t pay the taxman thousands on the spot – in some cases appearing to come from HMRC’s telephone number.

But the advice is: if you receive an urgent demand to pay tax over the phone – it’s bogus.

HMRC is warning people to be the alert for these scams in run-up to the tax Self-Assessment deadline. In the past year, HMRC received nearly 900,000 reports from the public about suspicious phone calls, texts or e-mails. More than 100,000 of these were phone scams. One particularly alarming scam sees fraudsters ring and tell the victim that they will be arrested for tax fraud, unless they instantly hand over payment details and pay a fee – sometimes in excess of £4,000. Those who’ve been contacted by scammers have described the calls as “very convincing”.

HMRC is adamant – it never calls people out of the blue to tell them they owe money, and will only ever call asking for payment on a debt they are already aware of.

An increase in pre self-assessment bogus calls is nothing new. Last year it received more than 60,000 reports of scam calls in the six months leading up to January 2019 deadline – an astonishing 360 per cent compared to the previous six months.

Fraudsters  use many different tactics to extort money. One scam that’s being widely reported at the moment involves scammers ringing to say someone is suspected of tax fraud and are about to be arrested.

They then ask their victim to confirm details, such as their name and postcode, before telling them how much they ‘owe’. If challenged, fraudsters then begin to give elaborate threats, for example claiming that they are dispatching police officers within minutes, or that they will freeze your passport – neither of which they can do.

Victims are then pressured into giving their card details, which enable the scammers to take money from their account.

To make matters worse, calls often come from a number which appears to be an HMRC one, and in some cases victims have said scammers have ‘cloned’ an HMRC number so its actual number appears on the screen. This is known as ‘number spoofing’ and is something Action Fraud – the UK’s national reporting centre for fraud – has warned against.

HMRC has a dedicated Customer Protection team to identify and close down scams but is advising people to take steps to protect themselves. Insert the phishing link

Suspect calls should be reported to Action Fraud at actionfraud.police.uk or by calling 0300 123 2040.