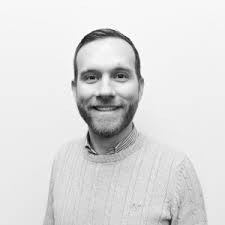 By John Auckland, Founder of TribeFirst

The traditional consumer, unquestioning of a one-sided brand relationship based on quick transactions and no meaningful engagement, is a dying breed. Instead we’re becoming, what I like to call, post-consumers.

Post-consumers demand more wholesome, equal and reciprocal relationships. For forward-thinking brands, the age of post-consumerism presents a huge opportunity that sets a more level playing field between businesses and their customers, and a fairer ecosystem for everyone involved.

Those leading the charge consist of younger generations now reaching adulthood. They’re actively seeking ethically-sourced products from environmentally-responsible companies. Sceptical of traditional advertising and marketing, they only take notice of product advice from friends and online influencers. Moreover, they value transparent and custodian brands who make the effort to talk – and listen – to their views, concerns and ideas, and are genuinely willing to implement some of them.

So, what do companies need to do to prepare for post-consumerism? And how can they engage a new breed of customer searching for a real relationship, rather than a quick fling?

Encourage your community to influence your brand

While the brands of the future will look more like tribes than businesses, there are already a few key examples. Community-driven brands like giffgaff and Monzo consult their customers before making any big decisions, and even ask them how to build their marketing strategies.

Plenty of giffgaff’s adverts were written and directed by their customers, who even starred in many of them. They’ve also acted as the customer support department, helping other giffgaff users with various technical issues in exchange for exclusive discounts and other rewards. In this way, giffgaff has effectively crowdsourced its whole business model, and in the process, has become a major UK mobile brand with just a small number of actual staff.

giffgaff’s CMO once referred to herself a ‘brand custodian’, rather than a ‘brand guardian’. Instead of viewing herself as a boss, she believes that she’s just looking after the brand for a while. In short, giffgaff’s customers are the brand’s true owners – the staff are just helping to maintain it.

Even more custodian is Monzo, the challenger bank. By running regular crowdfunding rounds, they continually encourage Monzo customers to become co-owners. They also consult their customers on key decisions, such as when they wanted to change their name from Mondo. Even more democratically, they asked them which parts of the Monzo service should be charged for. So, Monzo is really paving the way for new models of democratic decision-making.

While such examples of post-consumerism are rare today, I predict that company models like these will be standard in the future.

Invite your customers to become investors

Around 1 in 10 of us has already become co-owners of a small UK company – a number that’s on the rise. As increasing numbers of growth-stage companies and SMEs are offering shares to their customers we’re seeing more and equity crowdfunding campaigns, which give us the opportunity to take ownership.

Equity crowdfunding is the most logical way for companies to open their companies up to customers for investment. There are plenty of crowdfunding support partners out there to assist and plenty of workshops to guide you through the process and boost your chances of getting funded. For example; Virgin StartUp’s Crowdboostand Crowdcube and Grant Thornton’s Crowdfund Bootcamp. And TribeFirstalso offers a managed service to support companies looking to crowdfund.

It may be that you’ve decided crowdfunding’s not for you, and that you’d rather sell shares directly to your customers. If so, it’s worth trying SeedLegals, or forming your own licenced, FSA-compliant platform on Envestry.

Look out for investment opportunities

However, I will admit there are some flaws to crowdfunding process. As campaigns are run within a set time, they’re not well-suited for businesses who want to let their customers invest whenever they feel like it. These types of companies should try to get themselves listed on a small cap public exchange like AIM or NEX Exchange. However, they’ll have to be able to shoulder the extra cost of being a public company.

Seeking a way around this barrier, BrewDog often runs several concurrent campaigns on both rewards and equity crowdfunding platforms. Brewdog has been a crowdfunding advocate from day one, but even I’ll admit that their strategy must take a tonne of work to pull off. The easiest way to open your company to customers for investment, and leave it that way, is to use the Envestry platform. With no time limit, customers are able to invest whenever they choose.

Give customers the tools to support your business

Both investors and regular customers should be rewarded for their belief in your company. For example, offer them exclusive merchandise or early access to one of your new products or services. This is the tactic Monzo used, which led them to becoming the fastest growing bank ever. They gave out golden tickets to early customers and investors, which granted them 0% commission and fees on a prepayment card to use abroad. When they later launched a crowdfunding campaign, backers were then given an exclusive ‘investor’ debit card to make the relationship official.

Monzo showed that a reward doesn’t need to drain your resources. Post-consumers simply want to feel valued for backing your business, and that they’re being rewarded for doing so. Exclusive treatment also gives them bragging rights, which means that they’ll help to get the word out by passing on their experience to their mates. In the post-consumerist world, this organic marketing will be the only type that works effectively.

Lastly, it always pays to keep your customers in the loop, even when the news isn’t great. So, let them know about the bad stuff, listen to their feedback, and implement it where possible. Social media and word of mouth will be crucial in attracting customers in the post-consumer age. So frequent engagement with your tribe is the sure way to build a thriving customer/company relationship and a popular brand as a result. This is exactly what post-consumers will demand, so it really is best to start early!