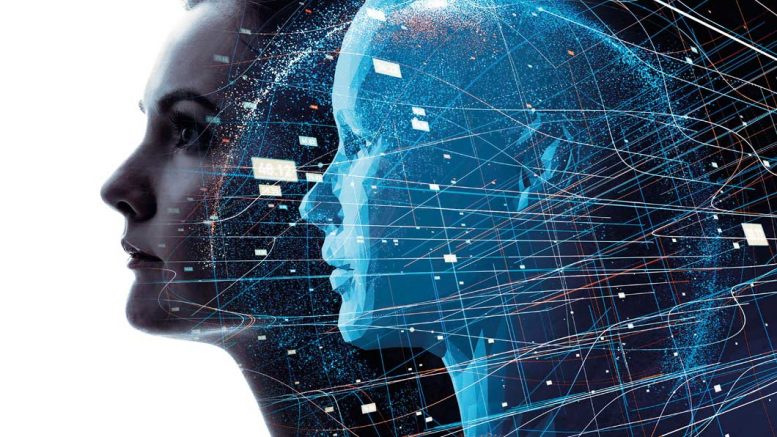 Imagine you are in a boardroom of the future. Your CEO asks for projected EBITDA for your next financial year compared with this year’s figures. You touch your mobile-phone earpiece and ask your artificial-intelligence assistant to bring up the figures. Her disembodied voice informs you and other board members. Then you ask her what are the reasons behind the expected shortfall. A few directors squirm, having missed their targets.

This scenario is not farfetched. Already 92 per cent of British companies plan to implement AI by 2020, according to research by Adobe.

Nearly two thirds (61 per cent) of finance departments based in Britain already use aspects of automation, compared to only 53 per cent in the US.

But if AI can consolidate spreadsheets faster and with greater accuracy than a human being – and given that, as finance director, you approved all the spend on the AI system in the first place – isn’t this a case of turkeys voting for Christmas?

What role for the finance director if an AI can crunch numbers faster and more accurately than a human?
Forty-eight per cent of British people believe AI will have negative effects on society, according to law firm Bristows.

A widely-referenced study from Oxford University suggests that 35 per cent of UK jobs are at risk of being replaced by automation in the next 20 years. And finance professionals are among the most susceptible.

It’s not just technophobic greybeards who are worried either – two thirds of British millennial finance professionals feel threatened by automation, according to a Metapraxis survey.

Simon Bittlestone, CEO of Metapraxis, says: “For years, it has been known that finance employees feel threatened by the impact that new technologies will have on their day-to-day role and job security. It is no surprise that even digitally native millennials feel the same.”

Setting you free
The good news is that AI experts agree that far from making CFOs redundant, artificial intelligence is going to liberate finance directors.

Rather than spending hours poring over spreadsheets, reconciling invoices and expenses, AI will unshackle finance directors to become strategists based on actionable data, anticipating problems and making course corrections.

Paul Christensen, chief executive of AI finance start-up Previse, says: “AI is a wonderful and powerful tool that will enable FDs to do their jobs much more quickly and efficiently and focus on the high-value strategic stuff.”

According to the EY Financial Accounting and Advisory Services (FAAS) fifth annual survey, 44 per cent of CFOs believe AI will be the most important technology in five years’ time.

Peter Wollmert, EY Global and EY EMEIA FAAS leader, says: “Automation will help finance teams to drive new levels of operational agility and given them freedom to focus on generating insights, while AI will harness underlying patterns in that data with machine learning helping to predict scenarios and improve results.”

Rob McCargow, director of artificial intelligence at PwC UK, agrees: “AI will enable FDs to become more strategic, removing the administrative burden and the more repetitive tasks they and their team do, and that’s already starting to come through.”

Henner Schliebs global vice president Finance Audience Marketing at SAP, goes further. He argues that instead of showing where the ship has come from, AI will enable the CFO to take over running the ship itself.

Schliebs says: “AI will give FDs the ability to convert trends into actionable initiatives. This new technology is bigger than anything anyone living on this planet has undergone.”

Margaret Thatcher once said, advisers advise and ministers decide. AI can make suggestions to help the human decision-maker, but it’s the FD who ultimately has to decide what to recommend. Machine learning
Before we get too carried away, it is important to remember that AI as we picture it in terms of speaking omniscient talking computers is still science-fiction.

“This is all so new and nascent,” says Christensen. “When people think about AI, they think about self-driving cars and space missions to Mars, but that’s not what AI is good at.”

Indeed, Christensen attended a recent meeting in New York of AI experts who concluded there is no evidence that AI will ever displace the human brain says Christensen: ““There’s no real evidence or proof of there being real intelligence. The best people who work in AI don’t call it AI because it’s nowhere near intelligent enough and no evidence that it ever will be.

“AI is not intelligent; it’s powerful but it’s a tool, albeit very effective and very efficient in mining data and finding patterns and doing repetitive tasks.”

PwC UK believes there will be three waves of how AI will impact business.

First, there is where we are today with machine learning assisting us in narrow and specific use cases. Second, there will be augmented intelligence – the very best of man and machine working together as we saw in our boardroom example. Finally, there will be the autonomous AI intelligence, which has the potential to far outstrip human intelligence – or indeed, make mankind redundant.

Three waves of how we think AI will impact business.
“A lot of the narrative goes, unhelpfully, to this fully autonomous machine intelligence,” says McCargow.

Machine learning already handles boring, repetitive tasks with huge amounts of data, which is why it is perfect for finance departments.

Christensen compares today’s machine learning or Robotic Process Automation (RPA) to hiring 5,000 smart, cheap interns doing very basic, repetitive tasks. RPA is already a relatively mature technology as a precursor to AI. This could be reconciling invoices in the back office, for example. It demonstrates clear efficiencies to free up staff for more high-value work.

Previse uses AI to enable large firms to pay suppliers as soon as an invoice comes in, analysing data in order of how likely a buyer would be to pay an invoice.

Says Christensen: “If you think about the invoice approval process, you might have 500 people sitting in Bangalore manually approving invoices blind. What AI can do is give you a risk score, so that you can see that 90 per cent of your clients pay invoices on time – freeing up staff to deal with the 10 per cent whose invoices are problematic.”

The next step will be a voice interface, with an FD asking a Siri-style computer to help them with accounts. Boards want ever more detail and context in reporting, and they want it faster and more frequently. This will be commonplace within a decade, liberating FDs to take a much more strategic role within companies based on evidence.

And, unlike its human counterpart, an AI finance worker won’t obfuscate, dissemble or try to cover its own back. Future skills
So, how should today’s finance directors prepare for their new role as they pivot from looking backwards to helping steer their company forwards?

Seventy-two per cent of respondents to the EY survey said that AI skills will be vital going forward.

This means CFOs will need to develop a different skillset that prioritises interpretation over mathematical acumen.

McCargow says: “Being comfortable with working with big data is going to be a prerequisite, opening up the possibility of blending financial and marketing data, such as social media information, allowing FDs to manipulate data to discern really valuable insight about company performance, competitor analysis, and to refine their future strategy.”

“Future CFOs will have to be much more adept at communication. Leadership is something they will have to learn,” says Schliebs.

“There’s never been a better time to go into the finance string and have this ambition of being a finance professional of the future. The change that you see is making use of the data. In analysing those results, there are some more social and personal competencies.”

In short, to futureproof their careers, CFOs need to focus on finding the story that’s hidden in the data and converting it into actionable information.

And, because CFOs will be the ones signing off on this new technology, they will need to understand AI and the procurement processes behind it. There will be a fine balance between adopting AI responsibly but not at such an alarming pace that it exposes the business to new risks AI can pose, such as data compliance.

Says McCargow: “The rigour and professionalism of CFOs flows nicely into that because the role of the CFO will be partly to hold technologists to account and to protect the business.”

If AI can digest and parse financial information better than a human, then will there be any point in training as a chartered accountant at all?

Schliebs for one believes that hard-won memory-based knowledge, such as chartered accountancy exams, will become obsolete once Siris and Alexas become ubiquitous.

“Knowledge will become interchangeable,” he says, “whether you have it in your brain or at your fingertips. The social skills are going to become much more important.”

In September 2018, the University of Applied Sciences HTW Berlin published a study – funded by SAP – on the impact of AI on the finance director role. One recommendation was that the CFO needs to become the company’s AI evangelist.

Schliebs says: “The CFO is the only person able to understand what the technology would mean and have an impact on the business side of the organisation.”

But if the FD’s role is to become an AI evangelist, they could face an uphill battle: 57 per cent of British business leaders believe that AI will damage relations with employees, while 20 per cent say that staff worrying about losing their jobs will hinder AI adoption.

Says Christensen: “Will AI create job losses? I would say that people will be redeployed more effectively.”

Christensen points out that every technological revolution has led to new categories of jobs being created. The argument is that motoring created whole new jobs in manufacturing and garage services once horses became outmoded. Twenty years ago, who would have thought that today, you can forge a career in Search Engine Optimisation (SEO)?

McCargow agrees: “I’m not really of the belief that it’s either AI or human doing these jobs as a zero-sum game. It’s going to be a messier collaboration between the two. What AI will do is profoundly change the task composition of a finance director but it changes rather than eliminates the role.

PwC recently looked at how AI automate tasks within roles. By the mid-2030s up to 30 per cent of existing jobs could become susceptible to automation.

“What we believe will happen is that as existing jobs become more automated in 15 years or so, new jobs will come in the future. The most forward-thinking companies are thinking about how AI can transform their business from the bottom up. Companies need to think about lifelong learning for their staff, providing competitor advantage by taking people’s careers seriously.”

And, if there is one area where humans will always triumph over their robot overlords, it’s understanding a joke. Computers do not have a sense of humour.

Says McCargow: “One thing that AI really struggles with is British sarcasm.”

Counting the cost of raising capital

Be the first to comment on "Are ‘friends’ electric?"