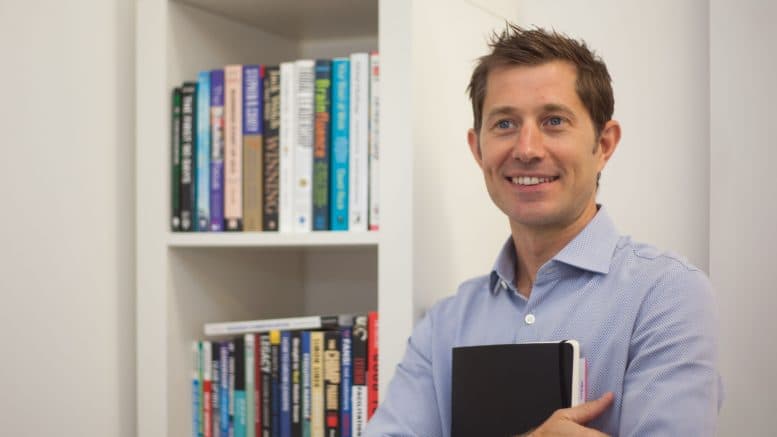 There is no doubt that we are living and leading in challenging times. CFOs and their teams are operating in a world that is increasingly volatile, uncertain, complex and ambiguous (VUCA) due to factors such as BREXIT, US-China trade tensions and the current geopolitical conflict in the Middle East to name but a few. Ben Morton is a leadership mentor and as a former Captain in the British Army, he offers advice based on his experience that spans the battlefield to the boardroom

Whilst the term ‘VUCA’, following from the leadership theories of Warren Bennis and Burt Nanus has become common place in our business vernacular over the past five years, it is nothing new. Armed forces all around the globe have been training their leaders to operate in this environment for hundreds of years. This has been their ‘normal’ working environment.

But the world of business has definitely become ‘more VUCA’ and people are looking to leaders for direction and inspiration more now than ever. Those that we lead are worried about their future and their ability to provide for their loved ones. If you listen carefully, you’ll hear whispered conversations in the corridors and cubicles as they talk about whether the company they work for could be the next Thomas Cook.

In order to get through the stormy times we find ourselves in, I’m noticing that leaders are adopting one of two strategies.

Strategy one – Survival:  This strategy is about battening down the hatches and trying to weather the storm. Companies adopting this strategy are narrowing their focus whilst tightening control of both people and budgets. They have accepted that they are going to be severely battered by external forces for an unknown period of time and hope that by locking everything down, they can come out the other side with minimal damage. And once the storm has passed they will reset and go again, racing all the other ships to the nearest port where they hope to sell their wares.

Strategy two – Re-calibrated growth:  This strategy is about turning fully into the storm and continuing to push forwards, with some adjustments to the plan. It may be about heading in a slightly different direction, to an alternative port or continuing in the same destination but accepting that you will arrive later than planned. Instead of battening down all the hatches, we batten down the critical hatches.

Perhaps the most critical element of this strategy is that of leadership. The captains of these ships increase communication because they know people can respond more quickly and effectively when they have the most up-to-date information. They also ensure every member of their crew is 100% focused on the most critical elements of their job and that they are doing them brilliantly well, day in, day out.

And in doing so they emerge from the storm into a blue ocean full of opportunity, whilst their competitors are competing in the choppy waters of their wake.

It sounds easy in theory, but how are they actually doing it?

The answer is to learn from the military and adopt John Adair’s tried and tested model of Functional Leadership. Just as the leaders adopting strategy two ensure every member of the team is doing the basics brilliantly well, they are ensuring they focus on the basics of effective leadership. They are continually looking to balance the needs of the Task, the Team and the Individual, which will frequently be in direct conflict with one another.

Teams are one the fundamental building blocks of any organisation. And whilst every team is critically important, there is a case to be made that says the senior team is the most important, albeit by a very slim margin.

Those that we lead are paying close attention to what those of us in the senior teams are doing and what we are spending our time on. The behaviours of the executive team dictate how every team in the organisation operates.

When they are working well and being role models of best practice, this ripples out slowly to every corner of the organisation. But the impact of a dysfunctional senior team spreads much faster; more akin to a flood washing over the entire organisation causing untold damage.

A strategy of re-calibrated growth requires us to:

As leaders it is our job to provide support to the individual members of our team which include considerations such as helping them perform their key tasks, supporting their career development and other out-of-work factors.

But there is one other ‘individual’ that often gets forgotten, us.

We’ve all been on an airplane and been told that in the case of cabin depressurisation oxygen masks will drop form the overhead lockers and that we should secure our own mask before helping anybody else… even our children.

We cannot lead our organisations through the stormy times if we have no energy and we certainly can’t lead effectively from our sick bed. I consider looking after your own health and well-being to be a strategic imperative of any leader, and all too often it is the first thing that we sacrifice.

In the past 12 months I have met with leaders who’ve been absent from work due to Bell’s Palsy and serious back and hip conditions as a direct result of sitting at their desks for too long, and the more common issue of putting on huge amounts of weight and soaring blood pressure.

All of this stems from a major misunderstanding of the term resilience. We’ve come to believe that resilience is about ‘pushing on through’ and getting the job done. It has become a badge of honour to boast about how busy we are, how long we work and how few hours’ sleep we are getting. But this isn’t resilience.

Resilience is about looking after ourselves so that we can push on through. One of the mantras I share with my clients is this; the times when I think I don’t have time to exercise, are the times that I most need to exercise.

But it isn’t just about physical health. We also need to work on our mental and emotional well-being.

Going back to basics

It is undeniable that the world in which we are living and leading is uncertain and complex. Things are changing rapidly and there are huge amounts of uncertainty.

But as we’ve seen, these are by no means uncharted waters. Whilst the term VUCA feels like a new concept in the business world, the military have been training their leaders to operate in this environment for hundreds of years.

So instead of searching for an entirely new leadership approach, I encourage you to pause and re-calibrate. Just as we need every single person in our organisations to focus on doing the basics brilliantly well, with ruthless consistency, we to need to go back to the basics of leadership.