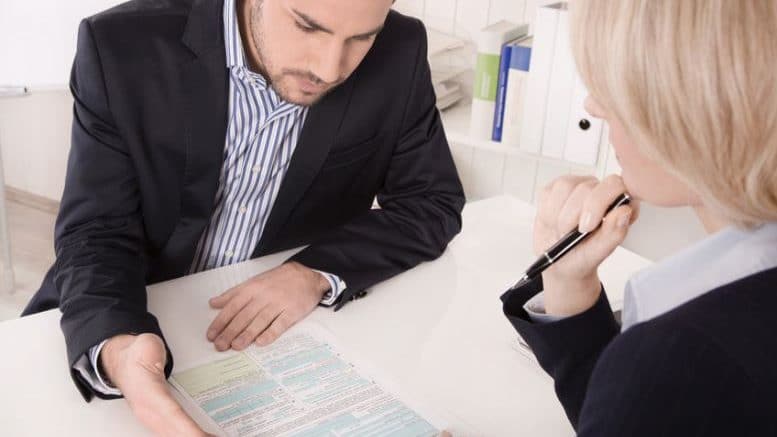 The Department of Work and Pensions (DWP) published its response to its consultation on protecting defined benefit pension schemes. While there is nothing massively radical in the response, it does put some more meat on the bones of some ideas which have been floating around the industry for some time now. The key question, as always, is what the response could mean in practice if implemented?
Simon Taylor, left, partner and actuary at Barnett Waddingham,
looks at the main areas covered in the response.

On the face of it, it is hard to argue against the proposal to give the regulator powers to punitively fine those who deliberately put their schemes at risk. Similarly, the proposal to introduce a criminal offence for “committing wilful or grossly reckless behaviour in relation to a pension scheme” is also a good thing. The White Paper has employers clearly in its sights here, despite trustees being more than capable of also being responsible for the identified actions. The response draws parallels with the company director disqualification process.

Until we see the details, my concern is that employers will be judged on this by 20/20 hindsight. Some actions will be obviously reckless, wilful or deliberate, Robert Maxwell springs to mind, but we can all think of recent high profile pension cases where the employers acted within the law and where there would have been no pension failures if subsequent economic conditions had been different. Proving an action was reckless could be very subjective – pension problems may only emerge 10 or 20 years down the line.  The man on the Clapham omnibus is going to have to up his game.

In short, the proposals are reasonable but we will need to see the details to see how they will apply in practice.

Again, on the face of it, it is hard to argue with the DWP’s aim for employers and trustees to collaborate on the funding of their pension schemes to safeguard the ultimate security of members’ benefits. Most employers and trustees already do this in my experience. There can be some head butting at valuation time but in the end, both parties get an outcome they can live with.

I do support the proposal to facilitate a clearer understanding of how much prudence is incorporated in a funding valuation as this is often the biggest area of contention in employer-trustee discussions. My view is that there should be some prudence in the discount rate and life expectancy assumptions but all other assumptions should be best estimates. This is not always the case and I have seen prudence tucked away in commutation and dependant proportion assumptions amongst others. Focusing the prudence on two very visible assumptions makes it much easier to quantify the levels of prudence incorporated.

The focus on appropriate factors for setting recovery plans and ensuring a long term view is taken when setting the funding plan are also laudable. Trustees generally prefer, for very good reasons, to have funding targets that tend towards self-sufficiency levels or even buy-out over time. However, I think there needs to be a much better understanding of whether these are actually achievable in practice, I suspect many are currently not, given the competing pressures on the company’s resources. Hopefully the revised Code on funding will facilitate this.

Finally the elephant in the room. There has been much said on consolidation recently and we have seen the announcement of the creation of a consolidation vehicle backed by some serious money and heavy hitting industry figures. I have some concerns about consolidation – and I should declare my conflict of interest as a pension actuary and consultant at this point.

One of the aims of consolidation seems to be giving schemes access to more efficient administration, wider investment strategies and better governance through economies of scale. All of these things can be achieved without consolidation if the employer and trustee work hard to achieve them.

The response also talks about consolidation vehicles who offer a long-term settlement opportunity for liabilities but at a lower cost than a traditional insurance contract. Not surprisingly, there have already been mutterings from the insurance industry about regulatory arbitrage. Yes, this arbitrage already implicitly exists and pension schemes do not have to be funded to Solvency II reserve levels, but introducing a vehicle that explicitly does this, seems to be rewriting the traditional rules of the game.

If the only schemes interested in this proposition are those already funded at or near self-sufficiency levels, where is the motivation for the trustees to agree to move to the consolidator rather than agree with the employer to up the funding further and move to an established insurer? Since there are relatively few schemes close to self-sufficiency at the moment or which have employers that could fund them to that level in the short term, the market for this sort of consolidation could be fairly focused to start with. The sweet spot for consolidators would be schemes currently in deficit whose sponsors can afford to raise them to a self-sufficient level but who do not expect to be able to afford to buy-out in any near horizon.

An alternative form of consolidator could retain the link to the sponsor but achieve big cost efficiencies by converting the benefits of the members of all the schemes that enter it to a standard basis and generating significant administration savings. This may prove attractive but the member communication aspects of this should not be underestimated – there will always be winners and losers in such conversions.

Any consolidation vehicle which lies between the two extremes above is likely to look something like the large sectionalised DB trusts we already have now. Some efficiencies can be achieved by this structure but not at the levels the White Paper is aiming to achieve. We need a lot more detail and debate on consolidation and the vehicles before coming to a conclusion on its long-term viability.

The boardroom shift: Why the CIO and CFO must work together

Counting the cost of raising capital

Be the first to comment on "DWP White Paper on pensions: What could it mean in practice?"