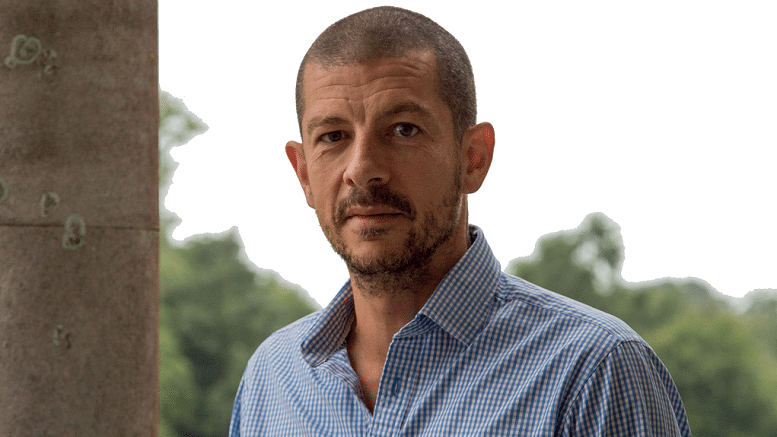 Novelist EM Forster may have come up with the line first but Alex Williamson could fairly lay claim to having the finest view from his room of any chief executive in the land. As CEO of the 12,000-acre Goodwood Estate in West Sussex, he only has to look up from his desk to admire the magnificent 18th century cedar trees outside his window and the organic farm stretching into the distance.

“I’m certainly lucky to be able to work in such a beautiful place,” he tells me when we meet. “There’s nowhere like it. There are very few people who can look their friends in the eye and say they work somewhere unique in the world but people who work here can and I’m lucky enough to be across all of it. What an amazing place. Every time you come up the drive you fall in love with it.”

From his office in Goodwood House, the history of which goes back to 1600 or thereabouts, Williamson runs this diverse £100m business – from its flagship events in motorsport and horse racing to activities like golf and flying, plus the farm – with Lord March, the charismatic owner of the estate.

Williamson sums up how he sees the main business of the estate. “People say we own a number of weekends of the British summer season. First, the Festival of Speed at the end of June. That rolls into horse racing’s Qatar Goodwood Festival – popularly known as Glorious Goodwood – and then onto classic  motorsport at the Revival, the closing of the summer season, which is in the middle of September. In addition to that, we’ve added what we consider to be the opening of the motorsport season – the Members’ Meeting – which is at the beginning of March.

“All of those things added together bring around 600,000 people to the estate. Each event has a separate identity which is what resonates with people. They can find something at Goodwood which really connects with their particular passion.” Williamson, who joined Goodwood as finance director in 2008 before moving up to the chief executive’s role in 2012, has overseen huge improvements in the business in that time. “In 2008 we were a business that was eroding cash because estates, by their very nature, are extremely hungry. Whatever we make is quickly used. There is always so much to do.

“Every tree, every wall, every blade of grass needs maintenance and so what we set about doing in the first instance was to tighten up the way we managed our cash, our approach to investment, and from there, once we saw our business had the ability to grow, we feathered investment against our profit so we were always balancing the two with one another.

“It’s terrifying in a way. We have 650 full time staff, a lot of them outside looking after the estate. All low margin, high resource requirements. Glueing all these definable parts together is a great challenge because we are so diverse and nobody is sitting at a desk waiting for an email from me.

“When I arrived, we were about a £49m turnover company with no profitability and, as a consequence, investments were funded by borrowing. Now, at the end of 2016, we were just shy of £100m turnover and we generated around £8m of free cash. We’ve had double-digit growth every year since 2008.”

So how did he bring about this transformation? “First of all, we stopped investing without having the cash to support it and started to plan investments based on what we were generating,” says Williamson. “As the business started to grow just fractionally – 2008 and 2009 were pretty lumpy years through the worst of the downturn – we were able to generate small returns and we carefully invested that.

“We weren’t expecting to grow our cash balance but we were able to prevent it from going backwards. It was a fairly simple plan and we invested around £2m a year for the first couple of years just taking stock really. From there we were able to set some quite ambitious plans around the two main motorsport events – The Festival of Speed and The Revival – because there was absolutely an appetite in the market for those two products.

“We were able to grow our partnership lines. Hospitality was very resilient and the retail side just grew and grew which has been fantastic. We added a day to the Festival of Speed which, in 2008, had around 135,000 customers while last year there were 200,000. That’s a growth story in itself because the event has not become breathtakingly more expensive to build so the yield of that extra 70-80,000 people has been significant.”

Williamson is certain that his prior experience as finance director helped him when he moved up to the top role. “Being FD was hugely important,” he confirms. “When there is such a fine balance between success and failure – and the strength of your balance sheet is almost irrelevant because it’s not liquid and, although you have all of these assets, you are not going to sell them – you have to have a really strong financial diligence about you in order to make good decisions. I think we now have a good balance between being brave, taking bold decisions and also keeping the business on track so when Lord March’s son Charlie inherits the estate he is in an even stronger position than his father was when he inherited.”

With so many competing demands on his time and possible development areas, Williamson has to keep focused on the overall strategy. “It’s an unusual methodology,” he admits. “The family as a whole believes passionately it’s a combination of all the things we do that makes us special. The farm is just as relevant as the Festival of Speed, in fact more relevant in that it has been here for 300 years and will be here for ever if we get it all right.

“You could argue that the Festival of Speed is a moment in time. It is here today. Will it be here in 300 years’ time? Probably not, while the farm is much more likely to be here. All of the traditional elements of the estate are vitally important and you have got to try and enhance them while the cash is available. We invest hard and fast in areas where we know there is margin to be made but then that margin is re-invested in areas we consider to be vital in the long term.” Goodwood as a whole contributes around £245m to the UK economy each year, a figure which clearly delights Williamson. “We are very proud about that because estates have, by tradition, been all about their community,” he says. “It’s about providing housing, jobs, food and so, in a modern sense, we are continuing to take that very seriously. A lot of the ways we invest in the content of our events is done through local communities. For instance, Littlehampton Welding, a company down on the south coast, has recently won an international award for sculpture with the work it has done for the Festival of Speed.

“Rolls Royce produces all of its cars for the world on the estate after Lord March persuaded them that being in England was good for them. They associate with Goodwood because they need to cement in people’s mind that they are a perfectly made English motor car and they bring their customers here all the time to demonstrate that.”

Williamson knows that the estate must continue to innovate and highlights three recent developments which he has championed. A new restaurant – Farmer, Butcher, Chef which makes the most of the farm produce – is now open for business; Hound Lodge, a 10-bedroom exclusive lodge with its own butler and chef is becoming increasingly popular; and the media team is busy promoting its digital offerings.

“Hound Lodge is an 18th century building which was virtually derelict ten years ago but now is a fine house available for exclusive hire,” says Williamson. “It’s a good example of how we are investing some of the cash we generate to create long-term value. The experience is crafted specifically for the host. The host and the butler discuss it all. You can come to Goodwood, enjoy the history of the estate and add on a little bit of flying or driving, or shooting or golf. It’s a permanent investment in the long-term success of the estate.”

Although optimistic about the estate’s future, Williamson does have concerns about the world at large. “I’m pretty depressed by how much fear is being wrapped around the changes we are going through at the moment,” he says. “Whether you agree with Trump or Brexit to my mind the greatest risk is to dominate the political agenda with the spin of fear. It is bad news.

“What it does from a corporate perspective is give people the excuse not to do anything and that slows things down for everybody. I worry that over the next six or seven months as the Brexit agenda builds, we might all put our foot on the brake as we wait to see what happens. It takes a long time to rev the whole thing back up again. If the political agenda is constantly to terrify everybody, that has got to be wrong.”

Back to the present and Williamson is clearly passionate about the estate and the people who work there. “We have 12,000 acres and if we don’t look after it properly it will become tarmac and houses,” he warns. “We have to run the business successfully to protect it otherwise it won’t be here and that would be the ultimate failure. This can’t become a housing estate. It must be maintained and improved for generations to come, not only for the family who own it, but also for the team who work here and for the community who live around us.”

Time is ticking by and Williamson has, as usual, a busy schedule ahead of him, so time for one final question. In, say, five or ten years’ time, in what state would you like the business to be? What would signify success?

“It would be amazing for Lord March’s son Charlie to inherit an estate that has good liquidity and a strong balance sheet. All good businesses have options and for him to have them would be significant success for me.”

As I drive away from Goodwood House, past those stunning cedar trees and along the road outside the house which has seen the best drivers in the world race up it during the Festival of Speed, I get the feeling that young Charlie will not be disappointed.

Be the first to comment on "The Glories of Goodwood: Interview with chief executive Alex Williamson"