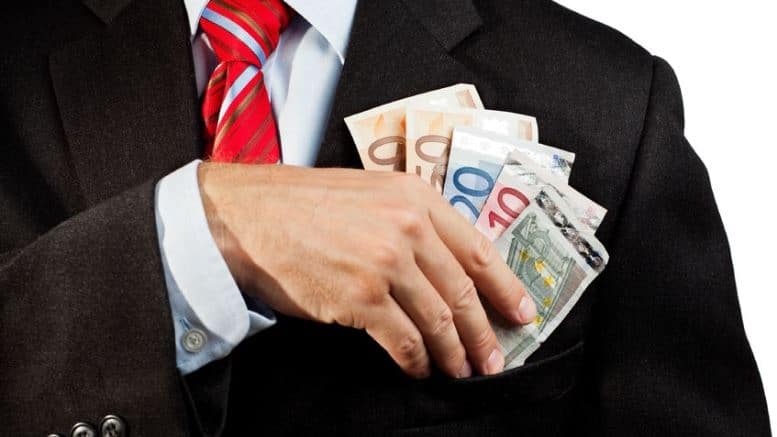 Theft and business fraud are one of the biggest problems in the UK economy. Every year, theft is costing the UK economy more than £193 billion. Companies of all sizes are being impacted by employees stealing physical and virtual content. Unfortunately, the threat of theft isn’t going to go away anytime soon, so its up to companies across the UK to take a preventative attitude in order to reduce acts of workplace theft and to secure a proper investigation and prosecution when theft has taken place. Here, I look at how to handle work place theft and how to prevent it occurring in future.

In order to deal with theft in the workplace it’s essential for you to work out what kind of specific theft took place. Theft can denote a wide variety of crimes. In many cases accusing an employee of ‘fraudulent activity’ can be much more of an umbrella phrase to use. The most recent report from CIFAS, the fraud prevention service suggests that employee fraud is on the rise. In 2014, recorded internal fraud rose by 18%. In light of the financial climate of the UK, it’s important for businesses to take a preventative attitude toward crime in order to minimize the damage caused by theft.

Tangible theft is where physical items are stolen e.g. stock stolen from the stock room, and intangible theft is the theft of intellectual property like software key codes and trademarks. Its worth noting that theft isn’t a ‘catch all’ term either, so rather than accusing an employee of theft it’s often much more effective to accuse them of falling foul of company policy. You’ll be in a much stronger position to deal with theft in the work place by having a well-defined company policy that has been clearly outlined to your staff. By taking a preventative attitude you will put yourself in a stronger position subsequent investigations and you will also deter employees from committing crimes.

2. How to investigate workplace theft?

If you suspect an employee of theft and you want to terminate their contract make sure you do so within the confines of your company policy and the law (A clear company policy pertaining to theft in the workplace can do wonders to help your case).  One of the best ways to ensure you’re following the law is to go online and do some research, there are many resources out there like ACAS. By doing your research you will put yourself in a good position to prosecute the employee further down the line and will avoid the stress of being attacked for unfair dismissal.  In particular, you need to particular you need to prove you had reasonable grounds for suspecting the employee of theft, and thus conducting your investigation. If you can’t prove you have reasonable grounds for starting your investigation, you could put your chances of prosecution in jeopardy. If you have reasonable grounds you will not fall foul of The Human Rights Act and Regulatory Investigation of Persons at Work Act, which would otherwise prohibit the use of covert cameras and other such methods.

In most cases, you’ll be able to conduct investigations through simpler means. If you’ve taken preventative measures in the form of a regularly updated inventory then it will be much easier to identify and prove where theft has taken place. If you don’t want to manage the system yourself, there’s software available that will update the inventory automatically. For future investigations documentation like this will strengthen your legal case dramatically. Likewise, it is a good idea to discuss awareness of theft with you staff as you will help to deter future acts of theft from occurring. In businesses where the risk of intangible theft is high, discussing the risks with you employees can help to nip any fraudulent activity in the bud.

If you decide to prosecute an employee for an act of workplace theft or fraud, it can be a good idea to invest in a private prosecution service. In many cases, the police don’t have the resources to prioritize acts of workplace theft. Unfortunately, the general attitude of the police is that the financial interests of a company aren’t worth the expense of the thorough investigation that would have to be conducted.  In addition, by following the theft up with the policy, you’ll have the case prosecuted by the CPS. If you don’t have sufficient evidence to secure a conviction, it’s unlikely that the CPS will take up your case. By investing in a private prosecution service you won’t place your case in the hands of overstretched police departments, and you’ll be much more likely to achieve an effective result.

Prevention is better than a cure

Regardless of whether or not you decide to prosecute the offending employee, it’s vital that you undertake every effort to limit the capacity for workplace theft in the future. With a well-defined company policy that is made aware of, and detailed financial and inventorial records, you’ll put yourself in a good position to identify workplace theft, and provide ample evidence for any subsequent investigations. Outlining the consequences to staff members whether verbally or thorough company policy can go a long way to deterring future crimes from taking place. If employees know that you won’t hesitate to prosecute them for theft, they will be less likely to steal from you.

David Clough is a communications consultant, specialising in digital content