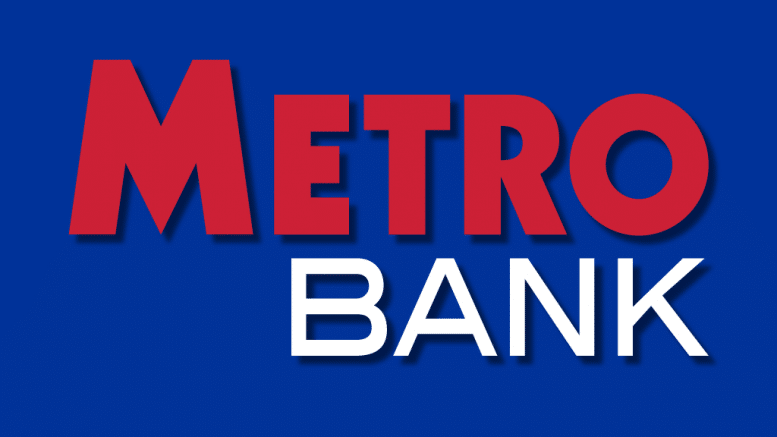 Metro Bank has decided to press ahead with its expansion plans after the lender’s boss promised to “keep calm and carry on” in the face of Brexit.

Craig Donaldson,, the challenger bank’s chief executive,  told the Press Association that his “brain flipped” when the referendum result was announced, but he is determined to continue growing the bank.

“I voted to remain. My brain flipped as soon as Brexit was announced, but now my job is to negotiate Metro Bank through the Brexit process as well and as positively as I can,” he said. “There is a stoic ‘Let’s just get on with it’ nature to us, and I mean us in our broadest and most beautiful sense with how cosmopolitan we are. There’s never been a more apt time for that poster – ‘Keep Calm and Carry On’ – because we going to keep calm and carry on building the bank.”

Donaldson said that he wants to expand Metro Bank’s current 44-branch network to 100 by 2020, creating 2,500 extra jobs and doubling the staff roster in the process.
The FTSE 250 firm is on track to have one million customer accounts by the first half of next year, which the chief executive says will make it a “proper player”.

Donaldson added: “We’ve seen no impact from Brexit. Will we? I don’t know. We’ve always taken a prudent approach to our lending. We grew through the double-dip recession, so we’ve proven that we can grow through good times and bad times.”