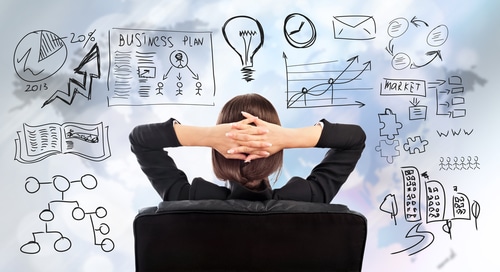 CFOs are experiencing record levels of uncertainty and a decreased appetite for risk following the shock announcement of Brexit, research from Deloitte has revealed.

According to the Big 4 firm’s latest CFO survey, 95 per cent of CFOs say their businesses are experiencing higher than normal, high or very high levels of uncertainty during the second quarter of 2016. This figure represents a sharp increase from levels during the first quarter of the years, which stood at 83 per cent.

Chief economist at Deloitte, Ian Stewart, said: “Perceptions of uncertainty have soared to levels last associated with the euro crisis five years ago. The spike in uncertainty has had a toxic effect on business sentiment with optimism dropping to the lowest level since our survey started in 2007, lower, even, than in the wake of the failure of Lehman in late 2008.”

Appetite for risk has also been markedly affected by the referendum result, with only 8 per cent of CFOs believing now is a good time to take risk onto their balance sheet, down from 25 per cent in the previous quarter and its lowest level since the beginning of 2009.

Some 82 per cent of CFOs expect their firms to shrink capital spending in the next year, with 83 per cent predicting a slowdown in hiring.

Senior partner and chief executive of Deloitte, David Sproul said: “This survey was conducted immediately after the referendum, against a backdrop of historical political upheaval and financial uncertainty. The faster-than-expected appointment of a new Prime Minister removes one source of uncertainty, now the government must set out its vision for the UK’s future relationship with the EU to provide further stability and reassurance. As companies begin to feel the environment stabilising, we may see confidence improve in next quarter’s survey.”