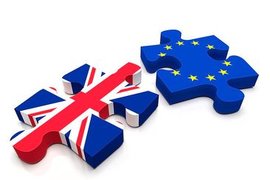 The profound implications of the vote Leave victory are not yet known and may not become evident until years after the UK formally invokes the Article 50 clause of the Lisbon treaty. But there are issues that will no doubt revolutionise the landscape in which FDs operate.

How will the UK trade around the world in a post-Brexit environment bereft of access to the single market?

There is, for example, nothing to prevent Brussels from imposing penalising tariffs on UK deals. If the UK is to retain its preferential trade status, it would need to renegotiate deals with the 52 countries currently covered by EU trade deals.

The UK could potentially follow a similar model to Norway – although not a member of the EU, it is a member of the European Economic Area with full access to the single market. In exchange for this privilege, it is obliged to make a financial contribution and accept many EU laws and free movement.

It didn’t take long for the news of Brexit to send shockwaves through the pensions professions. Just days after the vote, the UK’s funding hole for pensions hit a record £900 billion, according to consultancy, Hymans Robertson.

“We are entering a period of great uncertainty in which we will witness short-term market turmoil both in the UK and beyond,” said former pensions minister and director of policy at Royal London, Steve Webb.

“There will be much public debate about how this will impact the pensioners of today and tomorrow. More immediately for today’s pensioners, there may be concerns about threats to the ‘triple lock’ on the state pension, but it would be odd for a government to prioritise a cut that would affect the most powerful voting bloc in the country.

“Pensions are a long-term project and their future depends on a healthy and growing economy. This, rather than theimmediate future, will be the key test that will determine the quality of life in retirement of millions of UK citizens.”

A quarter of companies look set to impose a recruitment freeze in the wake of Brexit, research from the Institute of Directors (IOD) has found.

The data is based on a survey of 1,000 IOD members, with two in three believing that the UK’s decision to extricate itself from the EU will have a negative effect on their business.

Of those surveyed, 25 per cent plan to freeze recruitment, a third will continue hiring at the same pace and some 5 per cent are planning redundancies.

HSBC has already revealed plans to move up to 1,000 staff from London to Paris if the UK leaves the single market.

Tech: From boom to bust

According to government statistics, the financial technology industry generated £6.6 billion in revenue during 2015 – a large part of this was certainly due to friendly regulation with the EU and close relationships with investment banks that chose to make their home in the capital.

But there have been warnings that the UK could lose its position as a pioneer in the fintech space following the referendum result. The departure from the EU will, for example, bring additional complexities in data protection and regulation. More red tape will inevitably provide a roadblock to innovation.

As a result of Brexit, it may also be more difficult for fintech pioneers and start-ups to navigate legislation and ensure they abide with the varying rules in different countries. As a member of the EU, the UK is currently able to benefit from the ‘passport’ rule, which allows financial firms regulated in one EU country to operate in every other EU country.