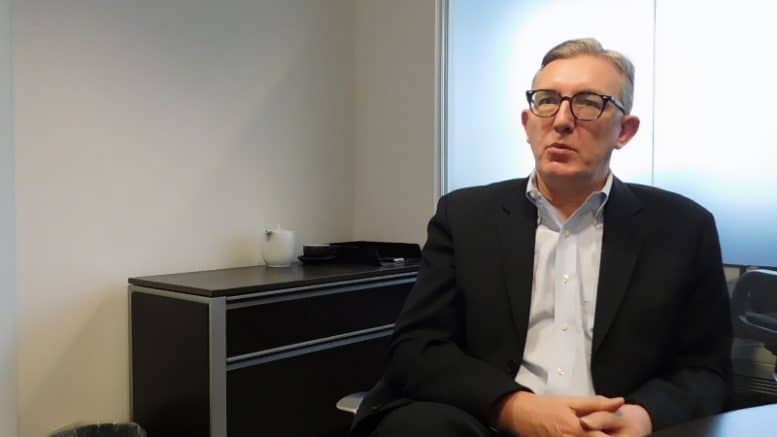 Stephen Ibbotson, director of business at the Institute of Chartered Accountants in England and Wales (ICAEW), talks to Director of Finance about the Spring Budget 2016 announcement, stating “the less the chancellor does the better”.

Genuinely radical plans to overhaul pension tax relief have been put on hold for fear of upsetting middle and higher earners. Proposals to cut the 45% top rate of tax are said to have gone the same way.

Under the latest figures published in the autumn, the chancellor will narrowly meet his target by a mere £10bn, reported the BBC.

The independent Office for Budgetary Responsibility is expected to say that the British economy is smaller than the watchdog had expected it would be when it made that prediction. As such, the Treasury would get less than it had expected in tax revenues.

So that means Osborne will have to consider either more spending cuts or tax rises. The chancellor told Andrew Marr in an interview on Sunday (13 March 2016) he was planning a further £4bn of cuts, although some of these might be delayed until later in this Parliament.

Osborne appears to have ruled out cutting pension tax relief, so he is now looking at squeezing some disability benefits and taking a scythe to Whitehall once again.‘We could see a rise in Capital Gains Tax’

Commenting on potential tax changes which could be introduced by the chancellor in the Spring Budget, Richard Godmon, head of corporate tax at Menzies LLP, said: “In terms of measures which could be implemented to raise additional funds for the treasury, keep a close eye on Capital Gains Tax (CGT).”

Godmon added: “Although the government has ruled out incremental increases in Income Tax, National Insurance and VAT, CGT has not been promise protected, and we could see this rise. Although this would increase the liability of certain taxpayers, this could provide an opportunity for the chancellor to simplify the tax system, aligning CGT, which currently stands at 18 and 28% for basic and higher rate tax payers, to match Income Tax bands of 20, 40 and 45%.

Godmon said “Consolidating the tax system in this way is also likely to reduce the opportunity for tax avoidance, by removing the disparity in rates. Similarly, the chancellor may move to reduce the higher rate of income tax from 45 to 40%, incentivising high net worth individuals and minimising the motivation for such individuals to engage in tax avoidance schemes.”

Ahead of the Budget annoucement, BLME, a bank to UK midmarket companies, is calling on the chancellor to appoint a dedicated midmarket Minister.

Jervis Rhodes, head of corporate banking at BLME, commented: “Support on exports is just one area where a dedicated midmarket Minister could fight for help that is tailored to these firms’ specific needs, which are quite different to the biggest firms above them and the smallest below.

“The chancellor rightly recognises that healthy export numbers are key to our long term economic prosperity. But simply providing one-size-fits-all advice on this to the midmarket won’t be enough. It certainly won’t help the chances of realising the chancellor’s ambitious export target.

“This is not about the midmarket getting special treatment. It is about these firms getting the recognition they deserve. A midmarket Minister would champion this unsung sector of our business community and ensure it has its own voice in policy debates.”

He said: “With challenging public finances and a slowing economy, the government is expected to focus on revenue raising measures to help it deliver its fiscal mandate. Plans to reduce the corporation tax rate to just 18% by 2020 – as announced in last year’s Budget – will mean the government has to find even more sources of revenue to fill this gap.”

“However, as corporation tax rates fall, so too will the net R&D tax benefit that many businesses rely on. This will have a negative impact on direct and indirect R&D government funding and could potentially give businesses less incentive to make an R&D claim. The gap between the benefit profit making companies receive from making R&D claims compared to loss making companies is already narrowing.”

“If the incentives for companies to invest in R&D are less attractive then there is a great risk that the impact of this investment will be diminished, even though the benefit of the government incentivising businesses to invest in innovation is clear. Private rates of return for R&D investment are estimated to stand at around 30%.”

“With the referendum on Brexit fast approaching, we would like to see the chancellor either increase the R&D rates or at least give an assurance that the government will continue to further invest in the development of UK businesses, to stave off any risk that businesses could move their R&D centres to jurisdictions with more favourable and lucrative R&D tax regimes.”

Joanne Segars, chief executive of Pensions and Lifetime Savings Association (PLSA), commented after the chancellor backed down on his plans to change pension tax relief: “We’ll have to wait for the Budget tomorrow (16 March 2016) to get the full details but if the chancellor has indeed decided not to meddle with tax relief on pensions he is to be applauded.”

Segars added: “Tax relief plays an essential part in encouraging people to save for their retirement and any change to the pension tax system would without doubt disadvantage savers of all incomes.”