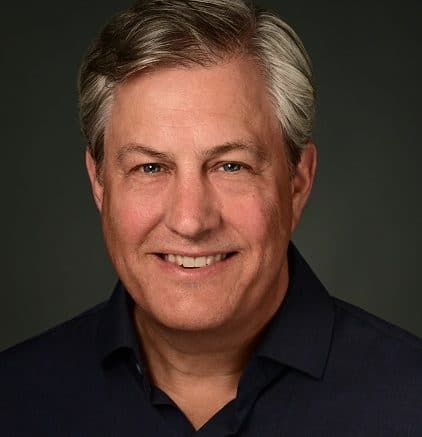 Nearly 25 per cent of UK employees are planning to change jobs in the next few months, according to a recent Randstad survey.  Meanwhile, 4.5 million Americans quit theirs in November – an unprecedented number.

COVID-19’s consequences — “new variant” stress, Zoom fatigue, wage inflation, a dearth of migrant workers, even too much time to reassess life’s purpose — are frequently blamed for making it harder for leaders to keep good people.
But the pandemic is merely a catalyst:  To understand the root cause, leaders should spend more time looking in the mirror.

Why are people leaving?  Because their leaders have failed to engage them emotionally.

Over the past 20 years, through CEO and senior executive roles in finance covering Australia, the UK, the US, and Asia, I’ve studied and applied the practices that high performing leaders use to build and sustain high engagement in organisations both large and small.

My conclusion is that there are five things that leaders need to do — consistently — to build a culture that engages people emotionally.  And when people choose to leave, that’s the definition of not being engaged.

So where are leaders falling short?  And more importantly, what can they do about it?  Let’s look at this through the lens of what I call the “5 Cs” of Leadership.

Do you care about your employees?  Most, I’m sure, would say yes.  But Care is an action verb.  And employees need to feel cared for as individual human beings, not just a disposable “human resource”.

In normal times, and in an in-person environment, it’s relatively easy to demonstrate that human warmth and connection.  But in a period of crisis, people’s needs shift down Maslow’s hierarchy, focusing more on safety and security of themselves and their families.  Remote working compounds this, as many people feel more isolated.

The key for leaders is to connect with each employee individually—ideally in person or by phone (which I find leads to better emotional connection than Zoom)—to understand and support their particular situation, challenges, and career ambitions.  When people feel their direct leader cares about them personally, they are far less likely to leave.

The second C is Context.

Do employees understand the “why” of the organisation — why it exists, and how it contributes beyond making a profit?  Do they know how what they do all day contributes to that purpose?  Do they understand the organisation’s priorities, and choices?  And do the values align with the employee’s own personal values and motivations?
When people find meaning in their daily work, they are much less likely to go searching elsewhere.  It’s the job of the leader to communicate why the work that each person does matters—this is especially true for people who are working from home, or not directly exposed to the output and impact that the organisation is making.

Role clarity is a fundamental building block of engagement.  Leaders often assume people know what’s expected of them, based on the job title.  But without clear direction on what’s expected, what their degrees of freedom are, and how they’re expected to work across a matrixed organisation, even a great “Product Manager” from a company like Apple is going to struggle to be successful as a “Product Manager” in a different company or industry.

The increase in remote working makes goal clarity even more important:  Without the day-to-day reinforcement from their leader to provide stretching goals and informal mentoring, employees can easily begin to drift, finding it harder to stay intrinsically motivated.

Leaders should ask themselves:  Do people know what results are expected of them — what good looks like, and what great looks like?  Are their goals clear enough that they can effectively conduct their own review?  More time spent upfront discussing this with team members can be a huge driver of both motivation and performance.

And finally, do they know what behaviour is acceptable and what isn’t?   One need only open the newspaper to see example after example of senior careers ended by bullying, harassment, or poor personal discipline.  Making this an explicit part of expectations and performance reviews can’t eliminate this risk, but it can reduce it—and make it easier to act quickly when bad situations arise.

The fourth C is Clearing the Way.

What barriers to success are people facing?  And what are leaders doing about it?  Resource constraints, technology limitations, ever-changing government rules and regulations, difficulty in accessing training, the challenge of building and navigating relationships among a remote workforce — all of these can make it harder for people to achieve.  It’s up to leaders to be proactive in identifying these barriers, and finding ways to knock them over, so that people feel genuinely supported in a challenging and stressful environment.

Some mistakenly think they are empowering people when they expect them to identify and solve their own problems.  Or, they thing delegation is so important that they shouldn’t spend time digging into the detail.  In reality, many employees have learned to just accept impossible constraints rather than challenge them or “hanging on in quiet desperation”, as Pink Floyd would say—which, over time, is highly demotivating.

The final C is Celebrate.

Highly engaging leaders create a culture of appreciation that creates a positive spiral between achievement and emotional satisfaction.  This is about much more than annual bonus and pay cycles, and the occasional “Zoom drinks” event.

Rather, it’s about timely and tailored recognition that genuinely acknowledges the specific effort and impact that individuals have had—making them feel personally valued and reinforcing that their work has meaning.

Early in a new job, people willingly devote extra effort to achieving stretching goals.  But if the leader fails to recognise people’s success, and the effort involved, then the likelihood of ongoing discretionary effort falls away.

Few leaders can sustain engagement without a strong recognition culture, which requires a constant and creative mix of formal and informal, top down and peer-based recognition that connects people emotionally to their work, their leader, and the organisation itself.

While it’s true that none of the above is rocket science, it’s also true that many leaders who understand these principles intuitively fall short when it comes to putting them into action, consistently.  Building and maintaining engagement, especially during times of crisis, requires consistency and discipline, across each of the 5 Cs.

Do employees feel cared about as individual human beings? Do they find meaning in the organisation’s purpose, and see how their work contributes to that purpose? Are they clear on what’s expected of them?  Do they feel supported and safe?  Are their contributions acknowledged in a heart-felt way?

Leaders who can answer “Yes” to the above have little to fear from The Great Resignation.

Brian Hartzer is the former CEO of Westpac and senior executive at RBS and ANZ. He is author of The Leadership Star: A Practical Guide to Building Engagement.