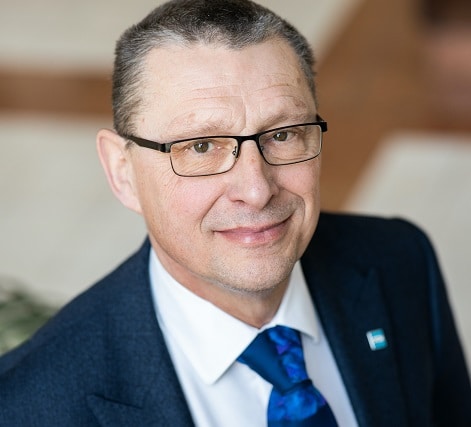 Bristol-based Optimum Finance, a company that helps businesses unlock the cash tied up in unpaid invoices, has recruited the former Interim Small Business Commissioner (SBC) as a Non-Executive Director.

Philip King, who was also the former Chief Executive of the Chartered Institute of Credit Management (CICM), is joining Optimum to champion not only the benefits of Invoice Finance as a cashflow funding tool, but also the advantages of early settlement in building stronger supply chain relationships.

“For smaller businesses to grow, they will need access to future funding, and this is where Invoice Finance has a vital role to play,” Philip says.

“But there is also a much bigger conversation to be started that shifts that narrative from ‘late’ payment to ‘early’ payment and demonstrating the value of not just paying on time but ahead of time in such a way that both parties are better off.

“Smaller businesses can offer larger suppliers preferential terms for early settlement and, in turn, not only get access to their cash more quickly, but also reduce the cost and time spent ‘chasing’ invoices.

“Greater visibility over when they are getting paid ultimately supports a better run, more profitable business.”

Philip has worked in the credit industry for more than 40 years and is an acknowledged expert in the world of credit and cashflow management. Throughout his career he has enjoyed senior roles with Olivetti and Vodafone.

He is the author of the Managing Cashflow Guides series – including a guide dedicated to alternative finance – and created the Prompt Payment Code at the behest of Peter Mandelson, the Secretary of State at the former Department of Business, Innovation and Skills.

Optimum CEO Anthony Persse, said: “Philip’s expertise is second to none, as a champion for small businesses and having written extensively on the benefits of Invoice Finance to support cashflow and business growth.

“Invoice Finance is a product that can help literally millions of UK businesses and we, as an industry, are not serving anywhere near as many as we could. With Philip’s help, we hope once and for all to reverse the stigma surrounding Invoice Finance, starting a new conversation about the benefits and simplicity of releasing cash tied up in unpaid invoices.

“Together, we will develop new tools and services that address the issue of late payment from a more positive, helpful and productive perspective that benefits all businesses, small and large.”