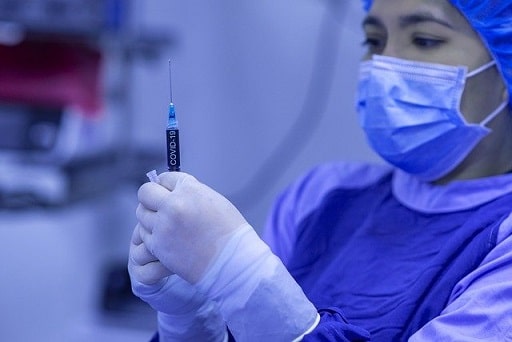 Seven in ten small business owners say they feel more confident about 2021 now that the vaccine has being rolled out.

Despite the many challenges faced by SME owners in 2020, a new survey suggests that the vaccine has reignited their optimism for the New Year. More than half told researchers they will ask their colleagues to get the vaccine once it becomes available and most (74%) will be getting the vaccine themselves.

The research was carried out by the Great British Entrepreneur Awards and Starling Bank The digital bank which surveyed over 500 companies.

there is a real feeling of optimism among the entrepreneurial community

As many entrepreneurs planned for the new year, the survey was seen as a snapshot of how they intend to prioritise investment. Some 17 per cent said they would increase marketing spend, 16 per cent will focus on improving technology and eight per cent plan to invest in staff training.

When asked how their business was expected to perform in 2021 men were far more confident than women that they would outperform 2020. On a sliding scale of 0-10 men rated their confidence level at 8.7 and women at 6.7. This may be due to the types of businesses they own.

GBEA founder Francesca James said: “There is no denying that there has been huge disruption and uncertainty for entrepreneurs and their businesses this year. However, as this survey has shown, there is a real feeling of optimism among the entrepreneurial community.

“Throughout the pandemic, we have witnessed so much resilience, tenacity and agility that has fuelled ongoing innovation and with the ‘new normal’, entrepreneurs will be at the forefront of finding opportunities that will lead to greater wealth and job creation in the economy.”

Anne Boden, CEO of Starling Bank, said: “As we head into the New Year it’s great to see the continued resilience and optimism”.