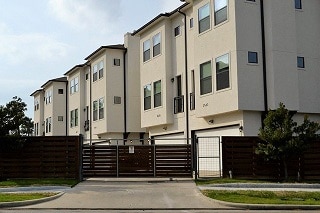 According to figures from the Bank of England, the number of mortgages approved by lenders in October was the highest since September 2007.

With 97,500 loans approved by mortgage lenders, there has been a surge of completions and applications – mostly attributed to the stamp duty holiday which offers 0% on any properties bought under the £500,000 before March 31, 2021.

The numbers are impressive, with more than 5,000 more mortgages approved in October, when compared to September – and a third higher than in February.

The surge in demand has seen house prices increase by 5% – with first time buyers the most likely to be applying and other homeowners looking to live further outside the main cities and get better value for money whilst Covid-19 prevails.

Dan Kettle of Octagon Capital commented: “The stamp duty holiday and appetite by banks and lenders has seen an impressive increase in the number of mortgage approvals. This in turn, is keeping a lot of people employed, across property developers, builders, lenders, underwriters, customer services and intermediaries.

“A lot of the demand has come about due to Covid-19, with a large pause in transactions due to the lockdown – and a desire of lenders to make ‘hay whilst the sun shines’.

“But the bigger picture is less positive. We currently do not know how long the pandemic will last and what impact that this will truly have on employment and income levels.

“If Covid-19 continues well into 2021, there is an issue that a lot of mortgages will go south and individuals will struggle to repay them, which could lead to yet another housing market crash.”

The Bank of England’s former Governor Mark Carney warned: “I could just as easily argue for why house prices will be up by eight per cent next year – economic boom and bounce back – as to why they could be down by eight per cent – business impact of leaving the EU and knock-on effect on people’s ability to pay their mortgages.

“In short, all bets are off, but what’s for sure is that Brexit – whether it’s no-deal or a last-minute deal – certainly carries a huge amount of risk for the housing market.”

Ultimately, it’s not Brexit in and of itself that will impact house prices moving forward. In the years leading up to the economic crash of 2008, house prices were rising far faster than wages. This made it harder for people, particularly first-time buyers, to borrow in order to get on the housing ladder.