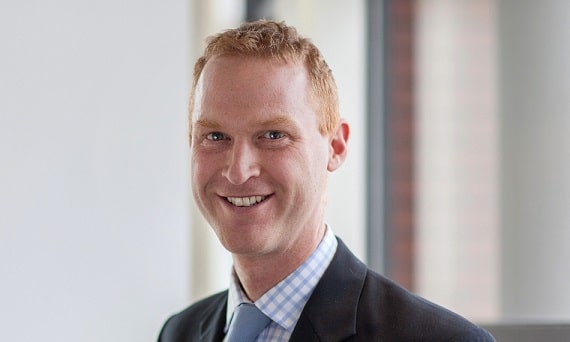 The consequences for companies who abuse the furlough system can be severe, according to one of the country’s leading corporate tax experts. Patrick Ford, Partner in Manchester-based Squire Patton Boggs says it’s not merely overclaiming that can land a company in hot water.

The Coronavirus Job Retention Scheme, which was introduced in March, is costing approximately £14 billion per month.

Understandably in the circumstances, the government has essentially adopted a “pay now and check later” approach.

However, due to the large sums of money being made available, HMRC is very concerned about attracting fraud and abuse, alongside inflated genuine claims from employers. The rules of the Scheme made it clear that a claim cannot be made “if it is abusive or is otherwise contrary to the exceptional purpose of the Scheme”.

One method to protect the Scheme against abuse is the requirement that an employee had to have been on an employer’s payroll on or before March 19 2020 in order to make a claim, unfortunate for anyone who started a job shortly before lockdown if they had not received their first pay cheque by then.

This was intended to prevent the creation of claims by using fake employees or artificially high pay – HMRC would be able to look at previous PAYE submissions to check claims. Further measures which have been used are: the requirement for an employer to have already been authenticated by HMRC, a four to six day processing period to conduct background checks and checks conducted by HMRC after the pay-out is made to verify the claim.

It will be important for employers to be proactive and review any potential miscalculations prior to any audit process.

HMRC Chief Executive Jim Harra also announced the introduction of a whistleblowing hotline in April so that abuse can be reported. This was mainly aimed at identifying businesses with employees continuing to do productive work whilst receiving furlough pay – a condition of the Scheme up to July is that a furloughed employee cannot do any work.

Unsurprisingly, legislation will be passed to allow HMRC to claw back funds that have been wrongly claimed and to impose penalties for incorrect claims.

Guidance to the Scheme has changed and, at times, been quite unclear. The detailed rules for calculating claims under the Scheme from July where employees can be flexibly furloughed (i.e. work part time) are, putting it kindly, difficult to understand.

This has left employers in an awkward position as few companies will be able to confidently say that they have not unknowingly overclaimed. There is likely to be a limited period of time after the clawback legislation is passed in which employers can correct any errors and amend their claims without penalty.

HMRC may use this to head-off employer defences based on lack of clarity in the guidance issued at the time the first claims were being made (i.e. a brief amnesty period for employers to check that they got their claims right based on the latest guidance). Once this period has passed, it may be difficult to claim such defences.

It will therefore be important for employers to be proactive and review any potential miscalculations prior to any audit process. Employers will have to be satisfied that the legal conditions for claims have been satisfied by all relevant types of employees, such as those with variable pay, new starters and those who have been furloughed for only part of the claim period.

It will be important for businesses to be able to evidence and explain their calculations if reviewed by HMRC. HMRC requires businesses making claims under the Scheme to keep a copy of all relevant records for six years.

HMRC has given strong indications that it will be auditing employers’ use of the Scheme. It is entitled to charge any amounts overclaimed as tax and to charge penalties of up to 100 per cent of the amount overclaimed.

There is the potential for HMRC or the press to “name and shame” those found to have overclaimed, leading to negative PR and reputational damage. Directors of insolvent businesses can potentially be held personally liable for the amount overclaimed.

Even if claims have been made correctly, there is a secondary issue of whether a business is morally right to make a claim. For example, should a business claim if it is not struggling due to Covid-19 or has a rich owner?

This is not necessarily a straightforward question. For example, should a business be at a competitive disadvantage to rivals because it was more cautious with previous pay-outs to shareholders and therefore has cash to help it through this difficult period without needing government support?

And should a business be furloughing employees who it knows for certain it will be making redundant in any event once the Scheme ends?

Recently, there has been growing public criticism of some businesses using the Scheme to boost their own profits at the expense of the taxpayer.

Some have even publicly stated that they will repay funds as they have seen an increase in sales. Bunzl, a company that sells packaging to supermarkets and supplies goods to hospitals, announced that it would repay the furlough money due to a recent boost in its business.

Ikea stated that it would return money received as part of government support in countries outside the UK, as the business had suffered less than was originally expected.

House builder, Bellway said that it would not take further support from the Scheme as it was already receiving government support via loans. The actions of these businesses suggest many are keeping a close eye on public perception.

It will not be surprising if the impact of the scheme is still in the public eye many months from now given its importance, the size of the cost and the future sacrifices that will be needed for the government to repay the debt incurred.

The Scheme at a glance:

The Scheme has allowed businesses to furlough employees and apply for a grant of 80% of each employee’s usual wages, up to a cap of £2,500 per month. The government also covers the costs of the employer National Insurance and pension contributions. Although the amounts that can be claimed will gradually reduce between August and October and then the Scheme will end, it is likely that the full cost will greatly exceed what may have been estimated when it was first implemented.