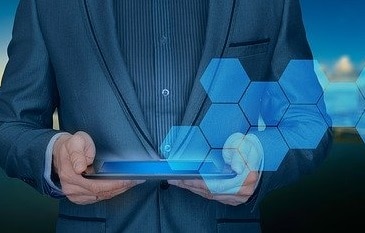 As well as historically outstripping other markets, in the first quarter of 2020 the UK sealed nine major investment deals – those worth over $1 million – approximately double that of the USA and Europe.

It predicts the most popular fintech products and services this year will be borrowing & lending, messaging and communication and payments

“Fintechs were not initially seen as direct ‘competition’ to traditional banks – with their products and services differing vastly.

As fintechs creep into traditional banking territory, and financial services continue to embed technology into their processes, the sectors stand to become indistinguishable

“However, over the past 12-18 months we’ve seen them apply for banking licenses which means they can now expand their offering to include overdrafts, guarantee deposits, and the ability to set-up direct debits.

“Perhaps the most drastic change was governments’ swift action to ‘shake-up’ traditional lending and allow fintech companies to be an official loan provider for the government Covid-19 bailout scheme – introducing fintechs to the masses.

“As fintechs creep into traditional banking territory, and financial services continue to embed technology into their processes, the sectors stand to become indistinguishable in the next year.”

But if VC investment in 2020 continues to grow at the same pace as it has in Q1, the sector will see a 73 per cent drop in investment in London.

According to the Robert Walters report, fintechs best placed to ride out this crisis will be those involved in lending.

Business Director Ben Litvinoff said: “As normal restrictions on lending are being waived during Covid-19 to enable companies to ride out the crisis, artificial intelligence (AI) will play a key part in enabling the financial services sector to provide simultaneous support to thousands of businesses – at a rate far greater than the capacity of their current underwriting teams. As a result, AI-driven fintech lenders will be the biggest ‘winners.”

Despite Brexit, the UK has remained an attractive hub for fintechs. Growth of the sector can be illustrated by the ongoing increase in vacancies since 2018 – up +16 per cent in 2019, and +53 per cent since 2017. Tech continued to dominate the hiring agenda – accounting for 46 per cent of job vacancies within the sector.