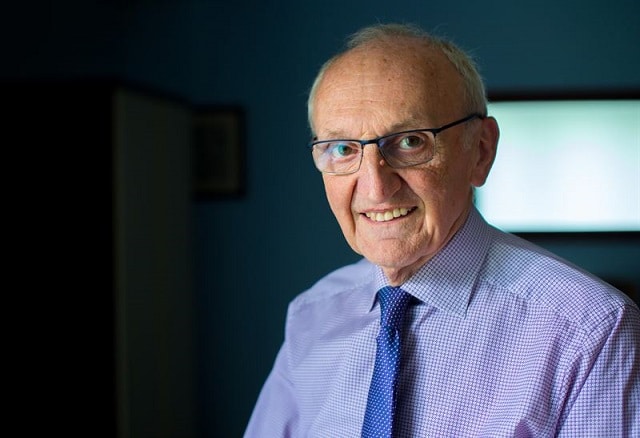 He has been a chartered accountant for more than half a century, had the Freedom of London bestowed upon him, is a Knight of the Norwegian Realm and has seen more recessions than he cares to remember.

But nothing in John Hornby’s 74 years has rocked the business and financial world like Covid-19.

The tsunami-like effects of the global pandemic on business have been profound. And John, stil at he helm as chairman of JF Hornby and Co – believes the recovery could take years.

“In all my time in business, I have seen nothing like it because what is happening now affects the whole economy in a way that previous financial crises have not. There are so few businesses that are able to operate normally, if at all,” he said.

“There are many successful firms out there that, for whatever reason, did not have much in terms of cash reserves. For them, the climate is particularly tough at the moment, in fact statisticians are saying up to 60 per cent of businesses only have 12 weeks of liquidity and that takes into account the government support package.

“Even those businesses which had built up funds for a rainy day are struggling – because this is a downpour.”

Chancellor Rishi Sunak has put in place a range of support measures to help businesses survive during lockdown, including business support grants, loan schemes with preferential terms and the popular job retention scheme.

That was extended until October in the clearest indication to date that Sunak sees no quick or easy return to normality for UK businesses. For John, it has been the single most impactful measure in terms of safeguarding jobs.

But John who runs a 50-strong practice in Ulverston, Cumbria, he sees potential hardship on the horizon when it is finally withdrawn, or the terms changed.

“We simply have no idea how many jobs will be secure when the scheme ends,” he said. “It is unlikely we will see bustling high streets for quite some time and the hospitality industry is widely considered to be among those which will recover at the slowest rate from this.

“Already we are seeing some major employers dispersing significant numbers of staff; many people will have fewer pounds in their pocket.”

They are few and far between, but some people are doing very well

Britain is on course for its worst recession in more than a century as a result of the coronavirus pandemic, according to the Office for Budget Responsibility which believes that the economy will shrink by 35 per cent in this quarter and 13 per cent over the course of the year, before bouncing back in 2021.

While this serves as a backdrop to many of John’s concerns, he does believe there are positive business stories to be found.

“If we change the focus, we can find some bright spots out there. Some people are doing very well. They are few and far between but they are in an activity where there is a requirement for their services.

“Small food shops, for example, are doing exceptionally well and have adapted their offer. There are other such in-demand services and this has been great to see.

“I think the government package is beyond what any of us could have expected. They have allocated huge funds to support businesses, and they are now working to address some of the gaps which were left by the initial legislation.

“The action they have taken has without doubt been a saving grace for many firms out there, certainly in the short term and we will have to see what the future holds.

“The best guesses are that a full recovery will take years and I think that is likely to be the case.” And he adds a sobering note closer to home: “In terms of our own clients, we desperately hope they all survive,” he said. “But we can see that sadly, some of them are likely to follow the national trend and they won’t.”