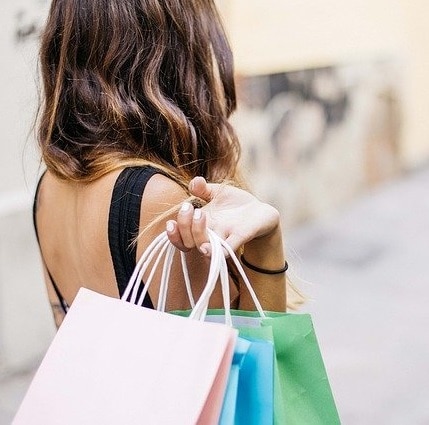 Consumers have been shifting their spending habits to support local community businesses during the pandemic – and the goodwill will continue as most are committed do supporting their local businesses.

New research has found that 32 million people have pledged to support local and small businesses online – almost half the population – since we went into lockdown in March.

It follows the launch of the Independent Retailers Confederation ‘We are open’ campaign which features an online map and directory of independent shops that are still open and operating responsibly.

It was launched at a time when, as the IRC point out, predictions have been made that up to a third of independent retailers may struggle to reopen post-lockdown after facing delays in accessing emergency government loans.

Nearly two-thirds of the population told researchers for the latest survey they plan to stay loyal to the businesses that helped them through Lockdown with almost half saying that Lockdown has made them change their shopping habits.

Convenience wasn’t the only reason for the changes, with more than a third insisting that their local shops provided better produce than major supermarket chains. What’s more, 45 per cent said they were appalled with how some large businesses behaved during Lockdown, which has made them review how they shop, according to the payment processors, Paymentsense.

More than half also agreed they will continue supporting local restaurants and cafes after lockdown by spending more money there, with just over a third of the country saying they missed their local independent restaurant or café the most and planning to eat there after Lockdown.

For key workers who were still working at small local businesses during Lockdown, 52 per cent of respondents said they would be happy to spend a bit more if it meant that those workers could get a pay rise.

As we have seen before, the British public is willing to rally around the community in tough times

Regional variations were also highlighted with Belfast and Bristol emerging as top of the local loyalty league, followed by Edinburgh Brighton, Nottingham, Manchester, Sheffield, Glasgow Liverpool and Birmingham all on more than 60 per cent.

South of the Midlands, London came in at 11th with 59 per cent, Norwich and Plymouth on 58 and 57 per cent respectively.

The report reveals that despite the tricky period, 63 per cent of people have saved money since Lockdown, with 20 per cent of the nation keen on splashing the cash once the restrictions have been lifted.

Almost a quarter say they will be spending their money on a holiday after Lockdown. This looks to be promising news for the UK holiday market, with 11 per cent looking to spend on a staycation in the coming months.

After weeks and weeks of being in Lockdown, the most sought-after activity is a visit to the hairdresser which is preferred to going to the pub.

A paymentsense spokesman said: “Businesses have been facing a tremendously difficult battle under the circumstances, but as we have seen before, the British public is willing to rally around the community in tough times.”

Mark Walmsley, Chairman of the Independent Retailers Confederation said: “From the feedback the IRC received from independent retailers across multiple sectors, as well as from the general public through our consumer-facing site Indie Retail, it became apparent that a platform such as ‘We are open’ was essential.

“The public still needs the products, services and knowledge that independent retailers provide and the ‘We Are Open’ directory helps them to quickly locate those shops that are open for business.”

Retailers can confirm their opening status now at: weareopen.uk/register