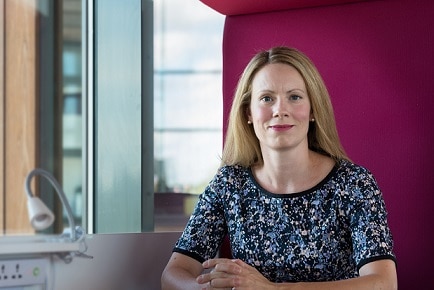 By Shelley Snelson of Flexology

Flexible working is a weekly topic in the news, and from the amount of coverage and way it is depicted, you could infer that flexible roles are commonplace.

In our role we frequently observe misconceptions regarding what flexible working is, what employers should be offering and what employees have the right to ask for. We also observe a discrepancy between what flexible options employees require and what are actually being offered in the workplace.

There is a common belief that flexible working is only a part-time option but it can be full time or part-time; it’s just not 9-5 in an office, daily.  Working flexibly is not restricted to working part-time or reduced hours.  Full time roles can also be worked flexibly by changing where, when and how employees work.

Examples of flexible working patterns include:

What is on offer?

The truth is, there is still little flexibility for people looking to move roles internally or externally.

Emma Stewart, CEO of Timewise summed it up in this way: “The gap between the proportion of people who want to work flexibly (87 per cent) and the availability of flexible jobs at the point of hire (15 per cent) causes a talent bottleneck. Employers who don’t hire flexibly are cutting themselves off from a proportion of the candidate market.”

In 2019 only 15 per cent of the roles offered in the UK had flexibility. The Timewise Flexible Job Index  illustrates this proportion has increased slowly over the five years that Timewise has produced this report (from 9.5 per cent in 2015), and the rate of increase has stepped up slightly in 2019.

However, it is estimated in this report that 87 per cent of employees want to work flexibly, so the proportion of flexible jobs still falls well short of the extremely high demand.

In addition, through our day-to-day work we see that most flexible jobs advertised are full time with flexibility or 4 days per week as this requires less thought from management teams on structuring a role.

We see issues with some firms making statements on all their roles that they welcome applications from people wanting to work flexibly. But, especially in larger organisations, the reality can be very different from a hiring manager perspective.

It results in people wasting their time on applications that could never support the flexibility that they wanted.  We recently spoke to someone who had written more than 10 applications for roles advertised with flexibility, taking the time to tailor their CV and covering letter, but they only had replies from two of them, and they did not take her forward to interview.  This is obviously very frustrating.

At the present time we mainly see flexibility as a reward for long service at a business  – something offered internally.  But this is often not a policy.

People generally don’t talk about this; perhaps they think they are “getting away with it” or feel guilty about taking time away from the office

For example, many people, especially senior team members or management work flexibly, they simply don’t talk about it. It is like a secret.

They may come in late one or more mornings a week to drop the kids at school or finish early one day for a hobby and make up their time.  However, people generally don’t talk about this; perhaps they think they are “getting away with it” or feel guilty about taking time away from the office. A cultural change in an organisation is required in order to get away from this secrecy and produce lasting change.

Other common situations we see are when women return from maternity leave.  Often, they will ask for reduced hours; for example three or four days, receive this but work more. They often feel stuck in their role as they can’t move upwards in their current business, and they can’t find another flexible role elsewhere.

We often speak to people who have become frustrated at this point in their career at the lack of opportunity and the demands on them whilst working flexibly and have left their employer to change their career path: For example, a qualified accountant who left the profession to teach swimming.

Most frustrating for us is when we speak to people who have taken a role below their ability to secure the flexibility that they need, such as a qualified solicitor working as a paralegal in order to balance her work and life.

What do people want?

From our statistics, we know there is still a male and female split, with more women wanting flexible working arrangements than men. This perhaps reflects the societal situation; that men are still predominantly the main income earners and women the main carers.

Popular options for women are a three-day week or four or five days with school hours. Of our last 100 registrations, 45 per cent of women wanted to work 70 per cent of their weekly hours.

Increasingly, men do want flexibility, they want a better work life balance. We hear it all the time and 30 per cent of our registrations are men – a number that is rising.  Typically, men want full time, to preserve their income, with a home-office split, or the ability to do some school drop-offs and pickups. Compressing hours – five days into four – is also popular.

What next for the flexibility gap?

Ultimately, people want to move to a working culture where output is measured rather than input, and the focus is on the work you do rather than when or where you do it.  We are seeing progression towards this, especially in smaller businesses….the pace of change is simply not fast enough.

Some of the wider employment dynamics, such as gender pay gap reporting and the resulting focus on diversity, and skills gaps in key areas such as technology and technical finance, will only help the progression towards a more flexible work environment, as employers are forced to examine and change their working practices in order to attract and retain key professionals.

Results have been very positive for business, in terms of quantifiable benefits to staff attraction, retention and absence

For example, if a company is struggling with diversity, offering a higher level of flexibility in roles has been proven to help.  Bain & Company have discussed the positive results that offering flexibility to both men and women can have on a business.  BHP implemented formal flexible working options for all employees in 2016, alongside other measures to promote diversity and inclusion, with uptake from men as enthusiastic as from women.  Female representation in the business rose from 17.6 per cent to 22.4 per cent in just two years.

Increasingly, businesses have been investing to put in place a formal flexible working framework across their business, and our consulting division has been supporting forward-thinking businesses in the South West to implement this.  Results have been very positive for business, in terms of quantifiable benefits to staff attraction, retention and absence.

With the current threat of Coronavirus staff are increasingly being forced to work from home and we believe more people will realise increased flexibility could work for them during ‘normal’ conditions and companies might realise they can do more than they originally envisaged.

We feel that momentum is gathering to support flexible working.  We are finding that more and more employers are turning to specialist niche recruiters to widen their talent attraction and improve diversity, and we look forward to the opportunities this will offer in the future.

Flexology is a growing Bristol-based recruitment business dedicated to improving flexible working opportunities for professionals in the South West.  An accomplished people manager, Shelley is also a qualified Chartered Accountant (FCA) with over 16 years experience in financial and professional services, establishing, managing and developing large financial and operational teams and shaping business decisions. 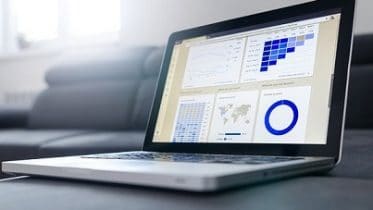