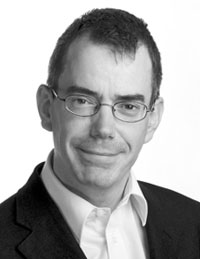 The most common question from all businesses during this uncertain time is: what should we expect from their insurers when it comes to business interruption (BI) policy coverage? Damian Glynn, head of financial risks at Sedgwick International negotiates this complicated topic and admits there is no simple answer.

As with every widespread event, each claim will need to be dealt with on the merits of specific policy wording. However, there are likely two common factors to most claims: policy triggers and policy exclusions.

There must always be a clear trigger. Normally BI policies respond when there is covered Damage to property used by the insured at the premises, and payment is made for that Damage (but for the operation of an excess) – the “material damage

There are extensions to the cover available at the premises, commonly referred to as ‘contingent BI’ covers. Two of these are receiving particular attention at this time, notifiable disease, and prevention of access due to the order of a competent authority.

Then there are notifiable diseases. Sometimes appearing as ‘infectious disease’ (or similar), this cover is typically provided in two forms.

The second is to provide cover for loss resulting from diseases which are notifiable to the government at the time of the occurrence, subject to any specifically excluded diseases.

These covers either require an occurrence at the premises or in the vicinity. Crucially, the policy will not respond to occurrence, but from interruption resulting from the occurrence.

It is the impact on the business that is insured, not the disease.

Insurers have in the past paid claims that may not have been technically covered after terrorist events, or localised flooding. But it is a completely different matter when we are talking about the whole of the U.K., and what would be the point in offering a concession if, in fact, you ultimately can’t afford it?

The Government formally registered COVID-19 as a notifiable disease in England on 5 March,: The Department of Health and Social Care had highlighted the day before that “this will help companies seek compensation through their insurance policies in the event of any cancellations they may have to make as a result of the spread of the virus”.

However, the Association of British Insurers has warned that most businesses tend to purchase standard commercial insurance policies which typically provide cover against day to day risks including damage caused by fire, flood, theft and accidents involving employees.

“Only a very small minority of businesses choose to buy any form of cover that includes local closure due to an infectious disease. An even smaller number will have policy cover enabling them to potentially claim on their insurance for the presence or impact of the Coronavirus pandemic.”

In fact, despite earlier assumptions that all losses would be covered, the government’s website observes that many policies will not respond

Aside from Damage to property used by a business at its premises, loss is also going to happen if it can’t access the site. So, cover is available in the form of damage in the vicinity which hinders or prevents access to or the use of the premises. It is also (less commonly) available in the form of prevention (not just hindrance) of access by the authorities.

Policies don’t tend to cover BI losses merely because the police or another agency prevents access to their premises. Wordings usually require the prevention to be due to some other occurrence – typically a disturbance, commotion, emergency or danger in the vicinity.

Some policies require the restriction to be imposed by a local (rather than using the term ‘competent’) authority.

As with the notifiable disease extension, the loss must flow from the prevention of access for cover to apply.

Many policies contain supplier or customer extensions. Wordings in these extensions are sometimes poorly defined, particularly about the ‘customer’ and ‘supplier’ terms. Whilst these may intend to apply only to the entity that a policyholder trades with, they sometimes inadvertently include more of the supply chain than intended.

Most of these extensions do not require the customer or supplier themselves to be covered for their own losses. But it’s worth noting that injury or loss of health to people will not trigger cover, as damage to assets is required.

Another point for consideration is how territorial limits apply in terms of these extensions. For example, policies for UK businesses affected by customer or supplier damage in the Far East may not respond, as many policies have territorial limits that would apply.

Certainly, coverage concerns will continue to evolve along with this situation. While we all hope that the new coronavirus doesn’t give rise to any significant claims, we at Sedgwick are engaging in early discussions with our clients to determine how they would want to respond.