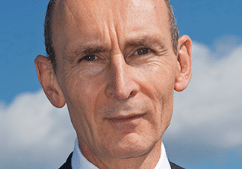 The UK’s ‘Coronavirus-Budget’ will be welcomed by global stock markets, says the CEO of one of the world’s largest independent financial advisory organisations.

It came as the UK faces upheaval from the impact of Coronavirus and hours after the Bank of England cut the main interest rate to 0.25 per cent from 0.75 per cent in an emergency move.

Mr Green said: “The Chancellor’s budget was one of substance when it came to shoring up the British economy in light of coronavirus and it will ultimately be welcomed by stock markets.

“He set out a raft of stimulus measures  – that total £30bn – that will help shield businesses from the worst effects of the outbreak- including that a fifth of the UK workforce could be out of work at any one time due to the virus.

“Whilst immediate gains are muted somewhat due to the short-term risks, markets will generally champion the economic support provided by the government. The steps set out by Mr Sunak combined with the Bank of England’s rate cut on Wednesday will help smooth investor jitters following a turbulent start to the week.

As governments and central banks around the world implement their measures, global stock markets will inevitably recover. Indeed, we expect the recovery to be considerable by year-end.

“Markets are looking for good reason to return to being bullish – which has been their default position for an unusually long time – and actions such as the UK’s coronavirus Budget could provide just that in days to come.”

On Tuesday, the deVere CEO noted: “We expect global stock markets – which are actively seeking bullish signals – to have recovered significantly before the year-end.

“Right now investors, such as myself, are using this wave of volatility to review their portfolios where necessary and, importantly, to drip-feed new money into the market.

“A growing number of investors are going to be taking advantage of the current lower entry points to enhance their portfolios in the near-term.

“As governments and central banks around the world implement their measures, global stock markets will inevitably recover.  Indeed, we expect the recovery to be considerable by year-end.

“As such, investors are urged to remain in the markets with well-diversified portfolios and should consider topping up their portfolios sooner rather than later in order to create, build and safeguard their wealth.”