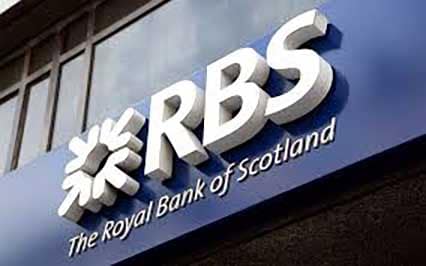 Royal Bank of Scotland will change its name to NatWest Group as it steers its way into a new future following the 2008 taxpayer bailout.

It’s part of new initiatives revealed when chief executive Alison Rose announced the bank’s annual results for 2019, which included a surge in profits. They included new priorities for the lender such as incentive-linked targets covering climate and support for ethnic minority entrepreneurs.

The rebranding will be viewed by many as an effort to shake off the legacy of the rescue. But the company, which is 62 per cent government-owned said there would be no impact on jobs. It said that the move was driven by the fact that 80 per cent of its customer base came under NatWest but insisted that RBS branches would remain so named.

It reported an attributable profit of £3.1bn for 2019 – almost double the previous year’s £1.6bn, a figure bolstered by the sale of its stake in Saudi bank Alawwal but hampered by a £121m loss in its struggling NatWest Markets division.

Ms Rose described the results the “start of a new era”. She confirmed to the BBC’s Today programme that the name change would not alter any services for RBS or NatWest customers.

This is Ms Rose’s first set of results for the lender. She became the first female boss of a major High Street bank when she was appointed last year.

In an official announcement she said: “These results are a reminder of the strong foundations we have built. Our profits are up, our capital position remains strong and this year we will have returned a further £2.7bn to our shareholders.

“But our performance doesn’t yet match the potential that exists in this bank. We can deliver so much more.

Chairman Howard Davies said: “The board has decided that it is the right time to align the parent name with the brand under which the great majority of our business is delivered.

“Customers will see no change to products or services as a result of this change and will continue to be served through the brands they recognise today.”