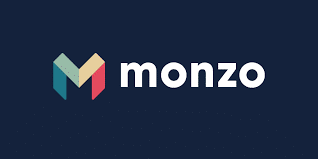 The digital bank Monzo plans to hire up to 500 people on the back of its forecast that it will get 5.5 million users this year, as it prepares to make another attempt at charging some customers to turn a profit.

The firm may have been posting losses, but has had no problems raising capital and is valued at over £2 billion.

Launched in 2015, Monzo has attracted 3.8 million customers in Britain with its bright coral card and spend-tracking data.

It has a strong loyalty base among some of its younger customers, with the digital bank ranked as the most likely brand in Britain to be recommended to a friend in a YouGov survey in November.

The bank ran into problems, however, including the abrupt cancellation of a premium paid-for account in September after only a few months. It has also been hit by a flurry of complaints, including those from customers who said they had been locked out of their accounts for no reason.

According to Reuters, Blomfield said Monzo planned to relaunch the paid-for accounts in the first quarter of this year, implementing lessons learned from complaints following its “botched” attempt in 2019.

“We learned that things that seem a universal truth when you are 50 people, launching iteratively as no one is paying attention, when you do that with 3.5 million customers it’s foolish,” he said.

Responding to the news, Ian Bradbury, CTO for Financial Services, Fujitsu UK, pointed out that the baking sector is being revolutionizsd as customers continue to hunt for the best digital experiences.

“New entrants, such as Monzo, Starling and Revolut are diversifying their offerings, and increasingly moving towards paid-for accounts. But for fintechs it isn’t all plain sailing,” he said.

“Following last year’s issues when Monzo had to reverse a product rollout after complaints, it will be interesting to watch customers’ reactions now when the fintech relaunches its paid-for accounts.

“For Monzo, the issue is that although it has the growth and a healthy customer base, the company is not generating profit yet.

“Monzo’s challenge is to now monetise this brand value by getting its customers to voluntarily pay for its services – rather than take the traditional bank route of making good returns from investing its deposits. This will be a challenge in a world where many banking services are still ‘free’.

“This is particularly important as challengers are still navigating the question of customer trust – UK consumers are the least trusting of challenger banks, with 40% saying they don’t trust them at all and only 12% admitting they completely trust their challenger banks.”