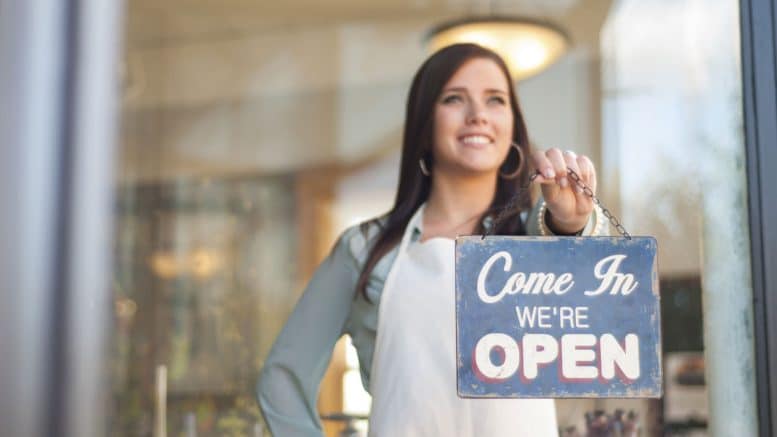 What are the key challenges and pressures facing the retail industry?
The retail industry has come under intense scrutiny this year. There have been several high-profile casualties hitting headlines and profitability remains a real concern. There will always be ongoing challenges when working in such a competitive industry, but uncertainties around Brexit alongside the rise of e-commerce and the tightening of margins have put extra pressure on businesses. Coupled with this is the exponential rate of technological advancement we’ve seen over the last few years which has resulted in heightened customer expectations both online and in store. Retailers that don’t innovate in order to keep up with industry changes are simply dying out.

What are retailers doing to increase revenue in today’s tough climate?
Retailers are becoming more creative with how they can make more money from their stores and websites, beyond just mark up on products. Diversifying revenue streams is the answer to increasing turnover and margin, especially in today’s climate. Similar to how the airline industry adopted ancillary revenue – such as selling car hire and speedy boarding – to boost margins amidst competitive air fares, retailers are also looking at alternative ways of generating income, by developing secondary revenue strategies.

How many retailers are adopting these methods and what results are they seeing?
Our recent Beyond the Core research has revealed the extent of businesses that are diversifying revenue streams. In 2018 46 per cent of retail businesses now make more than a tenth of their revenue in this way, and it’s a trend that’s growing – last year’s figure was 36 per cent of businesses.
In terms of the results retailers are seeing, the research has shown those that do have a secondary revenue strategy in place are seeing substantial success – three quarters have reported greater profit margins over the past two years.

Can you give specifics as to how retailers have found success by diversifying?
Secondary revenue methods can include everything from selling advertising on their websites, to taking part in affiliate marketing programmes and offering membership to third-party loyalty programmes. One particular example is the cross-selling partnership between Asos and Boohoo. Back in 2015, Boohoo started selling its products through Asos in an effort to raise its brand awareness. With both brands recently increasing their sales forecasts, what started as a trial two years ago continues, and the collaboration appears to be returning dividends for both businesses.

What role can CFOs and FDs play in leading secondary revenue adoption?
There is definitely a question of ownership when it comes to secondary revenue adoption, but it actually works best when it’s supported across the whole business. Rather than the responsibility for additional income generation falling with marketing teams or commercial directors, backing should come from all divisions, and finance directors are key to this. Forward thinking CFOs and finance directors will be looking ahead to how profit margins can be futureproofed to overcome industry challenges and grow as a business.
It’s important to develop a dedicated strategy that aligns with the overall objectives of the business, as well as encouraging the clear reporting of additional revenue on the balance sheet. With secondary revenue providing clear financial return, smart CFOs will be championing the trend and making sure it’s on the boardroom agenda.

How important is diversifying revenue streams to business success and growth?
Secondary revenue strategies are no longer a “nice to have” but an economic necessity to survive. They play such a substantial and positive role in bolstering profits that, in my view, secondary revenue profits need to be listed on a business’s financial reports in the same way airlines report on their ancillary revenue profits. This year, Ryanair reported that its ancillary revenue now generates approximately 28 per cent (roughly $2.3bn [£1.8bn]) of its total revenue, and it won’t be long until retailers start approaching a similar return on investment.