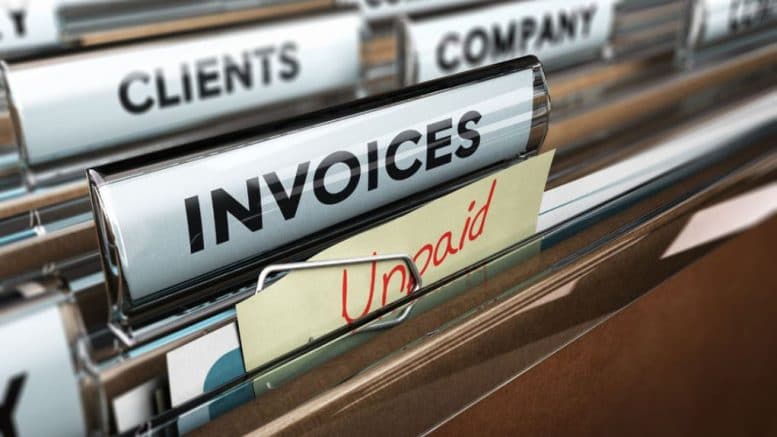 Larger companies are the worst offenders, with just 8% settling invoices by due date

The problem of late payments is getting worse, with less than one third (32 per cent) being made on time in Q2.

This compares with 31.2 per cent in the previous quarter, according to data company Dun & Bradstreet.

Larger companies are the worst offenders, with only 8.1 per cent settling invoices on time.

More than a quarter of SMEs (25.7 per cent), defined as having 250 employees or fewer, paid their suppliers on time.

Two sectors in particular, health/education/social and finance/industry/property, recorded the sharpest deterioration in timely payments (down by 1.7 per cent and by 1.4 per cent respectively).

The average payment delay in Britain is around 15 days, two days higher than the European average.

Markus Kuger, senior economist at Dun and Bradstreet said: “What is perhaps most worrying from the data is the sheer volume of late payments UK-based companies are having to contend with, not least as a result of weaker retail sales and the uncertainty of the impact of Brexit on businesses.

“Although there is legislation in place to assist small businesses with their struggle against late payments, the majority of the time they take no action for fear of alienating their larger customers. Late payments affect businesses across the sectors and of all sizes and give rise to tighter financial conditions and higher administrative, transaction and financial. With continued uncertainty for the foreseeable future, it is likely that we will see further deterioration in prompt payments due to rising headwinds triggered by the Brexit vote.”

Three things that will shape the economy in 2018