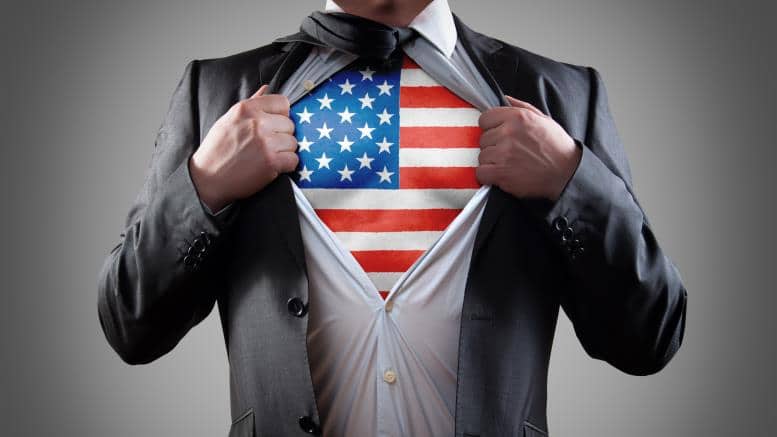 The US has leapfrogged Singapore and Hong Kong to top IMD’s latest World Competitiveness Rankings. The top five most competitive economies in the world remain the same since 2016, but their order has changed. With the US at the top, Hong Kong has dropped one spot to second and Singapore remains third. Germany has fallen two spots to 15th and the UK has slipped one position to 20th.

We compile the rankings using 258 indicators. Hard data such as national employment and trade statistics are weighted twice as much as the soft data from a survey of business executive opinions, which measures the business perception of issues like corruption, environmental concerns and quality of life.

The return of the US to the top is driven by its strength in economic performance and infrastructure. Many will wonder if Trump is responsible for this return to the top spot in the rankings. The answer is a mixed bag. Hard data still reflects the results of policies from the Obama administration which boosted employment and output, like the American Recovery and Reinvestment Act of 2009. Meanwhile, the survey of business executives element of the rankings indicates that the Trump administration is perceived as business friendly.

But in the category of how attractive the country remains to business executives, the US ranked very low in perceptions of government competency and the risk of political instability. The country also ranked number one in the rankings in 2013-15, which shows that any recent policy decisions have not miraculously catapulted the country to the top.

Hong Kong comes in at second but with different strengths to the US. It scored especially high in terms of government efficiency and business efficiency. This reflects the fact that there is no template to becoming the most competitive country in the world; each has its unique strengths and weaknesses. Countries at the top of the rankings share an above the average performance across all competitiveness factors, but their competitiveness mix varies.

The Netherlands moves one place to fourth, swapping with Switzerland which moves down to fifth. The Netherlands’ advancement shows a “balanced” path to competitiveness, ranking in the top ten in economic performance, government and business efficiency. Switzerland’s drop is mainly due to a slowdown in exports and, to a lesser extent, an increase in perceptions about threats of relocation of its R&D facilities.

The UK has steadily slid from 16th in 2014 to 20th in 2018. The criteria it declined the most in since last year are consumer price inflation, exchange rate stability and risk of political instability, thanks in large part to Brexit. It has made gains, however, in stock market capitalisation and exchange rate stability. Germany has also dropped at a steady rate from sixth in 2014 to 15th this year, also showing declines in price inflation as well as exchange rates and in the population growth category. It has improved in GDP growth per capita and real GDP growth. The remaining places in the top ten are occupied largely by Nordic countries: Denmark (sixth), Norway (eighth) and Sweden (ninth). These countries show strong performance in the overall productivity of the private sector and management practices.

Other high performing economies advanced even further this year. Notably, Austria (18th) and China (13th) considerably improve their positions by seven and five places respectively. Economic growth, reduction of government debt and increased business productivity enable Austria to move up. In the case of China, investment in infrastructure, as well as improvement in some institutional aspects such as the legal and regulatory framework have boosted its performance.

The bottom five economies in the 63 countries that were ranked show a slight change in their performance, especially among those countries that have experienced economic and political distress in the last few years. While Mongolia (62nd) and Venezuela (63rd) remain at the bottom of the table, Ukraine (59th) and Brazil (60th) have made small improvements. Brazil’s is the first since 2010 due to a positive shift in its real GDP and employment. Ukraine increases because of its business efficiency. Their rise pushes Croatia down two places to 61st.

Aside from Croatia, Eastern Europe shows mixed results, but the majority of the region’s economies have improved. Very few Western European economies advanced in the rankings this year. In the Middle East, despite the increase of political tensions in the area, all the countries experience competitiveness improvements with the exception of Saudi Arabia which drops three places to 39th. Most Latin American countries in the sample improved.

The IMD World Competitiveness Center has published rankings every year since 1989. Every year the study shows that there is no one-size-fits-all approach to having a competitive economy. There are a number of factors involved and if an economy can raise its game in a good number of them – whether the focus is hard economic data or government efficiency, it can rise through the ranks.

How FDs can help increase profits for retailers