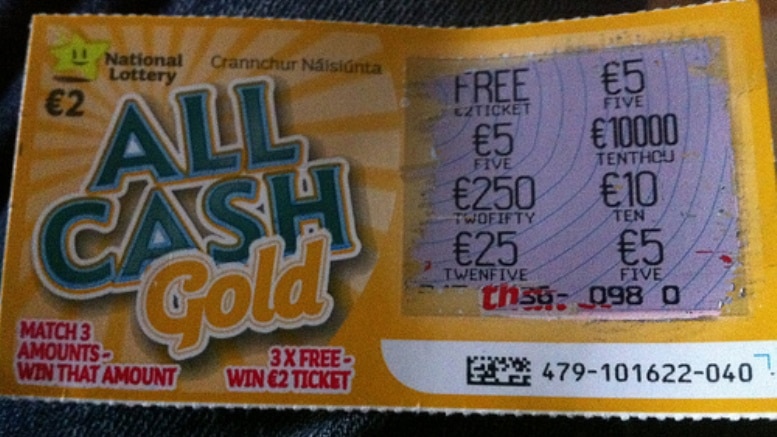 Corporate social responsibility is a huge goal for every finance director around the world these days. This is a subject that requires a clear, long-term vision and a solid plan in order to achieve the company’s objectives.

It is also worth bearing in mind the link that has been uncovered between investing in CSR and being fired. Making a big effort in this area and being successful is a way for company leaders to safeguard their positions, while investing badly can have disastrous consequences.

In addition to the long-term approach, there are also some ideas that could be seen as more akin to quick, simple fixes. These tactics won’t be enough on their own to meet a company’s goals on social responsibility but they can certainly help to edge the firm closer to them little by little.

As the name suggests, these are scratch cards which generate profits that go to a good cause and offer prizes to the people who buy them. One of the big advantages of using them is that it is an incredibly simple idea that anyone can try out, with little initial cost needed to set up a marketing campaign of a few thousand cards.

Everyone knows what scratch cards are and many people play them on a regular basis. Their popularity is such that it is now possible to play scratch card games on the internet for fun or for real money, in addition to buying them in shops.

For CSR purposes, it is possible to design bespoke charity cards that make a company’s connection to the charity aspect clear yet subtle. Anyone who enjoys playing this kind of game is likely to take notice of new designs and themes that come out, with charity cards being especially eye-catching for someone who likes to help others.

A well-run scratch card campaign can raise a lot of money for charity while spreading some fun. The people who buy the cards get the thrill of playing a game with the possibility of winning a nice prize, while they can also feel good about donating to charity.

Who Uses Them and What Are the Advantages of Doing So?

One of the leaders in the use of charity scratch cards in Europe is Ryanair. The budget airline is reported to have sold €16 million of scratch cards in 2013. This example apparently shows that it is possible to use this approach to make money for the company as well as to meet social obligations. However, it is also clear that it has to be done in a way that leaves the Finance Director and other senior staff free of any allegations of cynical profiteering.

Other recent initiatives include the link-up between Co-op and the British Red Cross. The noble aim in this case is to raise £500,000 to help tackle loneliness in British communities.

This example shows us how it is possible to associate a company with a well-known charity, raising the business’ profile on social matters and potentially doing a lot of good at the same time.

Virtually any type of company can give this charity fund-raising method a try. As for the risks, not selling all of the cards can make the campaign run at a loss, especially if there is the need to pay out on the top prizes on the cards that have been sold.

Overall, this is an interesting and worthwhile way of working towards CSR objectives while also associating the brand with something that is regarded as fun and light-hearted too.