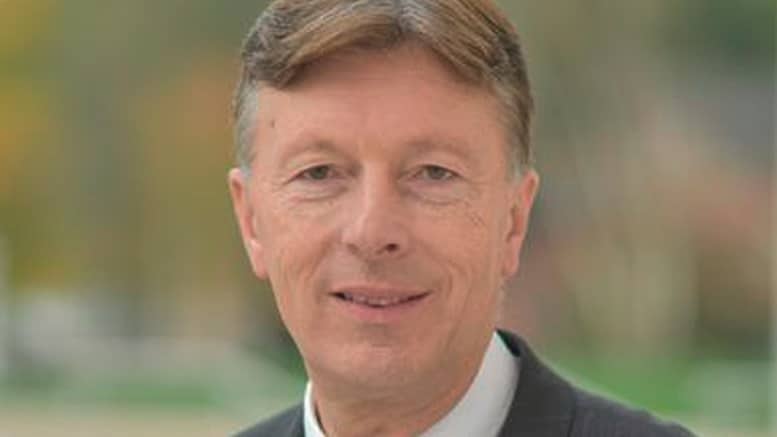 Some of the financial sector’s biggest firms are feeling the pinch. The rise of low-cost investment products which simply track markets is forcing some dramatic moves and the proposed £11 billion merger of Standard Life and Aberdeen Asset Management is only the latest evidence of the shift. You see, even the City is not immune to the basic laws of strategy and fund managers are failing to add enough value to justify the cost of their services.

You might think the investment industry is closed off to most people. But if you have a company pension it is likely to be invested with one or more of the big fund management firms. And one of the choices the people managing our pensions have to make is whether to choose active or passive products.

In the case of an equity fund, an active product will have a team of well-paid managers who research companies and pick stocks in the hope of outperforming a benchmark. For UK stocks, it’s often the FTSE 100 index of top companies. A passive fund, meanwhile, will simply try to mimic the FTSE 100’s performance by making sure its holdings match that index as closely as possible.

The choice is simple then. Pay a big fee to managers who will try to beat the index, but who might fail miserably, or pay a small fee for a product that essentially guarantees you will only very slightly underperform the index (you have to account for the costs). The problem for the investment industry is that people are now opting for the latter in droves. The growing diversity and popularity of tracker funds, alongside evidence to support their relative performance, has reached a tipping point which is prompting major changes.

As profits come under threat, more firms will doubtless follow Standard Life and Aberdeen, whilst others have already jumped. UK firm Henderson and US group Janus Capital announced their merger last year, as did France’s Amundi and Italy’s Pioneer as they sought to rationalise product ranges and cut administration costs. Standard Life and Aberdeen are keen not to announce cost savings targets, but have dismissed some estimates that 1,000 Scottish jobs will go to save £200m. It is likely that some front line fund managers will end up losing their jobs, too, as funds are merged.

The combined firm will have about £660 billion under management but may struggle to hang on to it. Mergers tend to make people nervous and there are likely to be some withdrawals of money. The UK industry’s biggest player, Legal and General, has £900 billion under management, much of it in passive tracker funds, and is likely to be one of the main beneficiaries. Those investor nerves may be sharpened by concerns over the co-CEO appointments in the Standard Life/Aberdeen deal.

The attempt to incorporate both Standard Life’s Keith Skeoch and Aberdeen’s Martin Gilbert into the plans is likely to result in a lack of leadership and infighting from respective factions. Such “mergers of equals” rarely do well. Take the infamous Chrysler/Daimler merger in 1995 and more recently the 2015 merger of cement giants Lafarge and Holcim. Success can come when one party begins to assert control, but that can take time.

This industry trend is a worldwide phenomenon. Research suggests that at least four out of five active funds fail to outperform trackers once costs are factored in. Fund mergers and rationalisation will sweep world markets as firms wrestle with the changing dynamics.

In the UK, passive tracker funds have taken around 20% of the near-£6 trillion market as of end-2015, which means they still have 80% to aim for. Only the best performing active funds will survive the challenge and be able to justify fees that tend to be five times greater than their passive rivals.

We can find some clues to the future in similar events in other industries. The rise of “no frills” airlines like easyJet proved that the one-time ubiquitous full service airlines were charging for things passengers didn’t need or want.

More recently, German discount retailers Aldi and Lidl, with their smaller stores and ranges in lower cost parts of town, have demonstrated that many customers do not wish to pay for huge grocery product ranges and large expensive stores. The tipping point has arrived and prices have permanently crashed in the supermarket industry. Primark and other discounters are doing it in clothing retail. Ikea has changed the furniture industry.

We have just seen the start of this kind of revolutionary change for the industry which manages our pension savings and much else besides. Fund managers who cannot consistently outperform trackers should start considering their employment options now. And hopefully it won’t just be City bankers who benefit as a wave of mergers generates bumper fees – investors should end up getting a better deal, too.

John Colley, pictured above, is Professor of Practice, Associate Dean, Warwick Business School, University of Warwick. This article first appeared on The Conversation