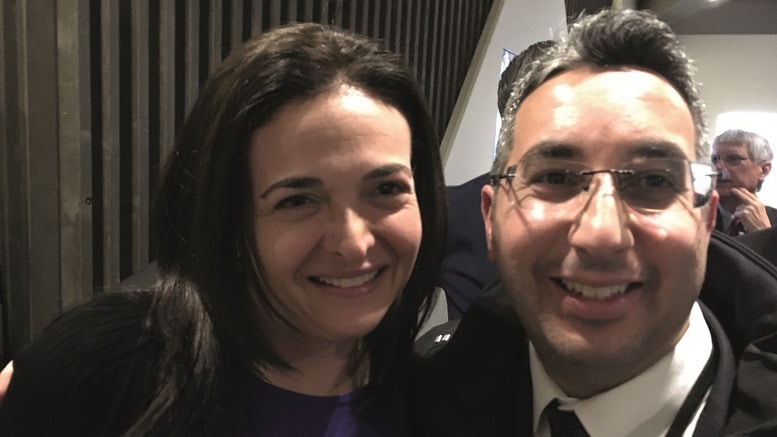 It is the most anticipated date in the calendar for most chief executives, heads of state, philanthropists and entrepreneurs annually. The World Economic Forum is the only gathering on the planet where one can meet and convene ideas with so many people from different walks of life in such a short period of time.

As a British-born inventor, entrepreneur, financier and philanthropist and having now attended the forum on the fourth occasion, I am often asked what do I actually learn and how does that change my view of the world.

It is the depth of knowledge within the minds of the attendees that I wish I could just bottle up and take back home. The latest thinking being shared with global leaders that can implement and drive change more readily than most. If you had your own personal boardroom there couldn’t be a richer pool of talent worth drawing upon for advice on personal or professional matters. There were an impressive calibre of delegates, probably the most divergent in views since WEF was founded back in 1974 by Klaus Schwab.

For me, there were three themes which stood out at this year’s event:

US president Donald Trump was not at Davos but he still commanded the most air time alongside the Chinese president who leveraged the opportunity to position his country to take advantage of the evolving populist culture which led to Brexit and Trump.

The impact of populism was a major concern. How it manifests itself in the coming years is likely to be one of the most important drivers of markets. It will be harder to predict economic turmoil and, as risks rise, we have to invest knowing there is more uncertainty than ever before so more capital within corporates is flowing to company shareholder buybacks and dividend payouts.

A breakfast with Sir Martin Sorrell and Thomas Friedman, author of Thank You for Being Late, was just so insightful and thought provoking and Friedman’s book is now top of my reading list. One of his quotes which I particularly remember was: “What is the biggest disease in society today? It is not cancer or heart disease, but isolation. It is the pronounced isolation that so many people are experiencing that is the pathology of today.”

We live at a time where we are at a crossroad. The theme of responsible leadership has raised the question of whether chief executives simply give lip service to the topic of social responsibility. There is a need to drive the re-connection of the electorate and political class, a re-democratisation of the countries and bridge the equality between the richest and the poorest in society. Wealth inequality has grown to the stage where 62 of the world’s richest people own as much as the poorest half of humanity combined, according to Oxfam.

The power within this 0.01% of society to make systemic changes that can drive social change has never been more evident. Bill Gates describes it as innovating to zero where you find ways to eliminate polio until we have zero cases across the planet. The power of connecting company workforces and corporate social responsibility agendas together with communities where they operate has never been stronger.

Sheryl Sandberg touched on the fact that Facebook has now enabled any user to have a connection with another person within three degrees of separation. In the next five years that will likely fall to two degrees. There has never been a time where we are more connected yet most people can’t keep up with the pace of change in technology.

Klaus Schwab touches on this in his book, The Fourth Industrial Revolution, another publication I would recommend. I believe around 20 online companies will dominate the web in the not-too-distant future and we are already seeing that with Facebook in connecting 1.6 billion people, Google dominating search and Amazon in online shopping taking over traditional bricks and mortar companies like Walmart.

When it comes to automation and jobs, whether robots or alternative intelligence has the impact many futurists predict, it is in our power to ensure it does not control our lives and is used for specific tasks where we can genuinely leverage the benefits for the greater good of society.

The informed will tell you robots simply can’t rationalise in the same way human beings do today.

One of the key themes was wellbeing of employees and the overall mental and financial health of our workforce globally. This is all about taking good care of your human capital. We have seen that with the rise of platforms like Thrive Global founder Arianna Huffington who was backed by Jack Ma.

Often employers used to think financial issues and mental health were left at home, never brought into the workplace. That has changed with Prime Minister Theresa May actively speaking about such topics, Prince William lobbying on the topic and government instigating reviews to be completed by government on interventions which will have a long-term impact.

The values we live by – at home and within our working environment – drive culture and loyalty. If we can instil this into our communities and children, that will be by far the greatest investment we can make in our lifetimes.