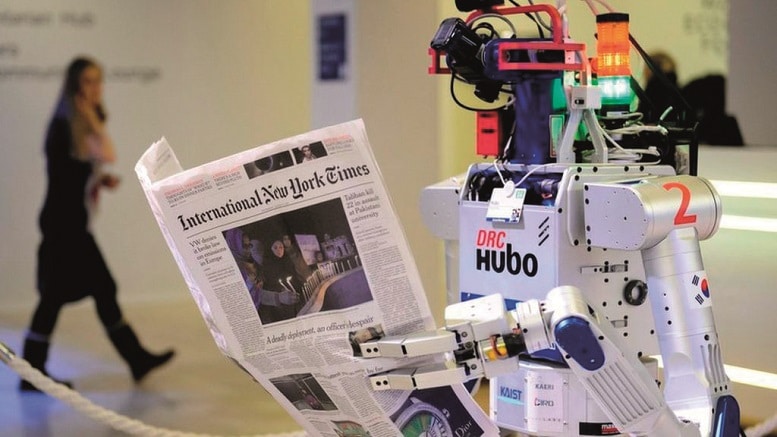 Hardly a day goes by without some story or another about robots taking over the world. When they were doing the dirty or dangerous work – digging for coal, checking on high-altitude electrical connections – the robots were welcomed by most. Now, though, they are taking on jobs which are neither dirty nor dangerous and which, it can be argued, are an increasing threat to how our world works today.

One recent example comes out of Japan where an insurance company is replacing 34 of its staff with an artificial intelligence system. The computer – at Fukoku Mutual Life Insurance – will calculate how much policyholders should be paid out. Until now, it was a job done by people but will soon be done by a computer based on IBM’s Watson Explorer, a technology which learns to think and act like a human.

According to reports in Japanese newspapers, the computer will be able to understand medical certificates and the length of hospital stays. It will also be able to understand a patient’s medical history and surgical procedures and then work out how much people should be paid.
The company reckons this switch will help them save about £1 million a year. The system itself will cost £1.4 million with annual £100,000 maintenance costs.

It is true that Japan, unlike many countries, has to deal with a shrinking and ageing population but that won’t stop other companies adopting the technology if, as Fukoku Mutual expects, the investment in robots starts to pay off in two years.

But the march of AI in Japan has not been without its problems. At the end of 2016 attempts to develop a robot able to pass the entrance exam for Tokyo University were abandoned. “AI is not good at answering the type of questions that require an ability to grasp meanings across a broad spectrum,” said Professor Noriko Arai from the National Institute of Informatics.

It is not only the financial service sector that will be altered by AI. According to Deloitte, all sectors of the UK economy will be affected by automation in the next 20 years, with 74% of jobs in transportation and storage, 59% of jobs in wholesale and retail, and 56% of jobs in manufacturing facing a high chance of being automated.

The research concluded that around 16% of the UK’s public sector jobs could be automated by 2030.