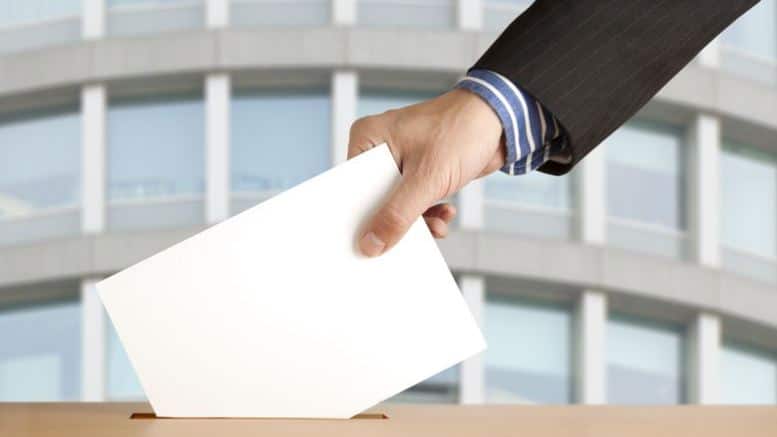 By Richard Murphy, Professor of Practice in International Political Economy, City, University of London
Many are asking why Britain’s prime minister, Theresa May, has called a general election despite repeatedly saying that she would not do so. From the moment she first stood for the leadership of the Conservative Party in June 2016 she ruled out such a possibility. In her Easter message on April 16 she suggested that the country was uniting behind Brexit. Now she wants an election to resolve the issue after all. But is that the real story behind this surprise announcement? Or has, as ever, economics got more to do with it? In her Downing Street address announcing the election, May said: “Despite predictions of immediate financial and economic danger, since the referendum we have seen consumer confidence remain high, record numbers of jobs, and economic growth that has exceeded all expectations.”

This, however, glosses over some quite significant economic facts. The reality is that Britain’s economy is not in a good state. The UK’s high street is expected to see the biggest drop in retail sales, excluding food, for nearly six years in the first quarter of 2017. Rising inflation, now at a rate exceeding the Bank of England’s 2% target rate, and likely to stay there for some time to come because of deflation in the value of sterling and rising oil prices, was the suggested main cause of the decline.

Whatever the reason, it seems likely that consumers have realised that the post-Brexit honeymoon is over. There is good reason for them to do so. The latest labour market figures reveal that even though employment is technically at a record high, pay rises have been lagging. Regular pay in the UK in February was 1.9% higher than a year earlier, but is running below the 2.3% increase in prices. That means real living standards are falling. It is a trend that is likely to continue. The usual recourse in this situation is for consumers to borrow. Consumer debt levels are already at such high levels, however, that the Financial Conduct Authority has announced it is to review the whole sector and its regulation because of the threat to financial stability that it represents.

The regulator may not need to worry though: as the Bank of England recently announced, it seems that Britain’s banks have already reacted to the pressure on UK household incomes and the availability of consumer credit was tightened for the first time in six years during the first three months of 2017. The Bank of England also noted that credit availability was likely to get tighter as the year progressed. The option of borrowing to make ends meet and cover a shortfall in wages – that has so long been the British choice – may no longer be available for many. And, as if to cap it all off, average UK house prices fell during the first quarter of 2017.

It can always be argued that this does not matter, and might even be good news (particularly for first-time buyers). That though is not the way the British take such news: rising house prices are their surest indicator of economic confidence. The reality is that this might just be draining away. To add to these woes, as the government is loathe to admit, the UK still has a huge budget deficit. It’s hard to recall that the Conservative Party plan in 2010 was to fight an election in 2015 with no deficit. The 2017 election will be fought against the backdrop of the deficit for 2016-17 exceeding £50 billion and actually expected to rise next year, with no prospect of this ceasing.

The reality is then that, as ever with elections, there has been a mighty lot of spin from the prime minister’s announcement. The truth is May does not need an election to deliver Brexit and nothing that election will decide will stop parliament – whether it is opposition MPs or the House of Lords – interfering with the Brexit process, if it seeks to do so in the future.

The reality behind her change of mind is something much more commonplace. She has read the economic runes and thinks, as I do, that they do not present a pretty picture for her prospects. Come 2020, if she lets this parliament run its prescribed course, she would face a difficult electorate, fractious at the cost of a Brexit that may well have delivered on little of its promises. Calling an election now then, when the going still looks good, is May’s best chance of ever becoming an elected prime minister. In that circumstance she has succumbed to vanity, as all politicians do. Britons might all, quite literally, pay the cost of that.