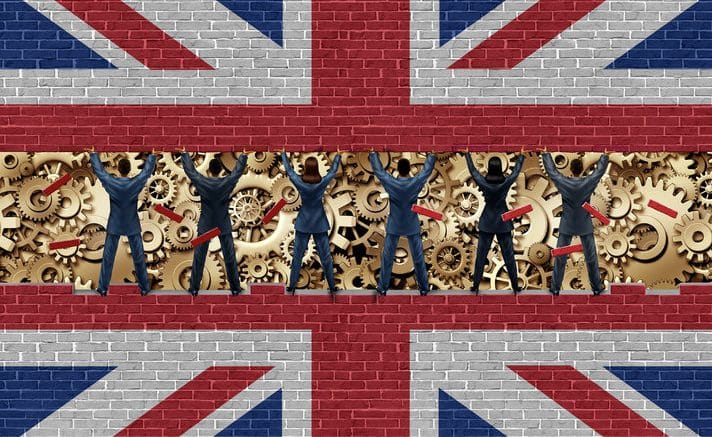 Britain will have the fastest growing economy out of the G7 nations until 2050 despite enduring a Brexit-induced slowdown, according to a report from accountants PwC, with the UK economy expected to outstrip Germany, France and Italy for the next 33 years – notching up annual average growth of 1.9%,

“Our relatively positive long-term growth projection for the UK is due to favourable demographic factors and a relatively flexible economy by European standards,” he added.
“However, developing successful trade and investment links with faster-growing emerging economies will be critical to achieving this, offsetting probable weaker trade links with the EU after Brexit.”

Britain will see some of its power diminish by 2050, slipping from 9th to 10th place in the global economy rankings based on gross domestic product (GDP) purchasing power parity (PPP).

The UK could also slide from 5th to 9th place over the period when measuring GDP at market exchange rates, according to The World in 2050 report. It said the world economy should double in size by 2042, expanding at an average annual rate of 2.5% by 2050.

Global growth will be spearheaded by emerging markets and developing countries, with Brazil, China, India, Mexico and Russia set to expand by 3.5% over the next 34 years.
China is expected to top the GDP ranking in PPP terms by 2050, with India leapfrogging the United States into second place. The US will take third place on the rankings, while Indonesia and Brazil are expected to rise to fourth and fifth position respectively.

“We project that the world economy could more than double in size by 2050, assuming broadly growthfriendly policies (including no sustained long-term retreat into protectionism) and no major global civilisation-threatening catastrophes,” Hawksworth added.

The UK economy defied expectations to expand by 0.6% for the fourth quarter of last year – the same rate as the second and third quarters of 2016. The Bank of England has now outlined a brighter outlook for UK economic growth, hiking its forecasts to 2% this year, 1.6% in 2018 and 1.7% in 2019.