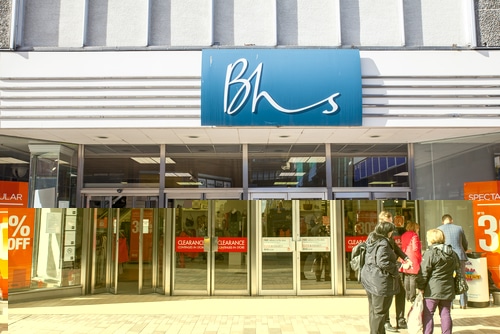 Speaking to Radio 4’s Today programme, Field, one of the leading figures investigating the collapse of BHS, said: “I’ve always thought Maxwell meant to pay the money back. He was just going all over the place borrowing money to keep his companies going. When the music stopped he had no money.

“Sir Philip Green has a huge amount of money – unlike Robert Maxwell – if he wishes now to make good the pension deficit to those 22,000 pensioners he could do it.

“He just needs to get his chequebook out and start writing a cheque to cover the huge pension deficit. He has wealth beyond the dreams of avarice and should act.”

Field also added that Green “behaves like Napoleon” and must himself pledge at least £571m to fund the retailer’s pensions blackhole.

Sir Philip has since demanded an apology with a law firm acting on Green’s behalf calling the statement “highly defamatory and completely false”.

Field’s remarks come after the publication of a damning report into the collapse of BHS published on Monday, which claimed Sir Philip left BHS “on life support” and represents  “the unacceptable face of British capitalism”.

Following the publication of the report, there have been numerous calls for Sir Philip to be stripped of his knighthood.