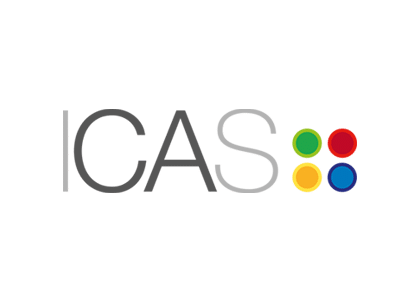 Small businesses are receiving a poor service from HM Revenue & Customs (HMRC) in favour of the UK’s largest businesses.

In a survey of its members ICAS, the professional body of chartered accountants, found a high degree of dissatisfaction with the service levels that all but the largest businesses receive.

The survey findings highlighted that local compliance offices, which handle the tax affairs of small businesses, were rated as poor or very poor by 65 per cent of the respondents.

Elspeth Orcharton, Assistant Director of Tax at ICAS, said:  “The UK’s largest businesses are given good service through customer relationship managers in HMRC’s large business services department, created in 2007.  However, the demand this has placed on resources has resulted in poorer services for the majority of smaller businesses.  HMRC’s operating and staffing systems are simply inadequate to support compliance with what has become one of the most complex self-assessed tax systems in the world.  Unaddressed this will become a threat to public finances and closing the tax gap.

“Almost half the members who responded were happy with the technical skills of HMRC staff handling phone calls, once they had found someone with suitable knowledge, but getting to speak to such a person remains a problem. HMRC’s contact and management systems need to be fit for purpose so that people don’t feel they are being passed from pillar to post.”

In what will be seen as another blow to small businesses, the reported poor performance from HMRC comes fresh in the wake of HMRC’s campaign to target smaller businesses in its controversial record checks campaign; which could see £600 million raised through the initiative, equating to the equivalent of a £3,000 fine for each of the smaller businesses set to be investigated.

The HMRC department responsible for collecting tax payments, debt recovery and ‘time to pay’ arrangements also scored low in the survey.  The debt management and banking division saw 60 per cent of respondents rating it poor or very poor.

The survey results highlight that HMRC’s debt management processes are disjointed.  “Data used to collect tax is too far removed from those HMRC offices which handle calculations of liability”, according to Orcharton.  “Aggressive collection tactics are too often used to pursue tax not actually due, and communications between the different parts of HMRC need to be improved.”

The Institute (which has over 21,000 members around the world) points out that the disappointing figures reflect the difficulties met by experienced accountants and tax professionals, raising even wider concerns about the impact on unrepresented taxpayers lacking equivalent expertise.  ICAS fully supports Government initiatives to ensure that all taxpayers pay the right amount of tax at the right time, but claims that HMRC need to make it easier for businesses to comply.

Against this backdrop of essential operational repair, ICAS is concerned about the speed of introduction of new high profile developments such as the online filing regime for companies and proposals to introduce real time information collection to the Pay-As-You-Earn regime.

The Institute has taken the survey results and its concerns directly to HMRC, whose officials have acknowledged concerns and resolved to work with ICAS to address the issues.